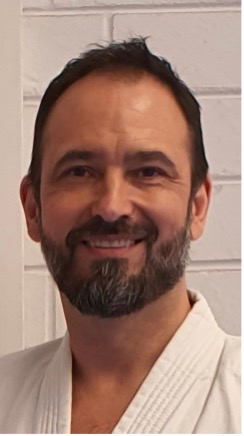 Victor Stuart has been Practising martial arts for more than 38 years. He first started training Wrestling and boxing as a child, then training kendo where he has competed and won at international championships.

Circa 1986, Victor started practising Jishukan Ryu under Sensei Ramon Lawrence and continues to do so till this day. In 2006 he started Perth martial arts academy and after training out of Various venues and Training halls, in 2008 Perth Martial arts academy has settled in it first and current permanent location in Yokine Western Australia.

Mr Victor Stuart was appointed to the Commission in 2010 to fill a casual vacancy and is a person who has knowledge of the boxing industry.  Mr Stuart is currently employed as an Ambulance Paramedic with the West Australian Ambulance Service (St John Ambulance WA).

Mr Stuart has over 35 years of experience in martial arts, training extensively in Jujutsu, Karate, Jojutsu, Iaido, Kendo, and Jodo.  Mr Stuart is focussed on maintaining a high level of safety and professionalism in all aspects of combat sports, be that professional or amateur contests, and providing strategic direction for the continued development of combat sport in Western Australia.

Being part of the combat sports commission has allowed Victor insights in to a cross section of martial arts and he has aided in developing the style of mixed martial arts taught at Perth martial arts academy.

Victor continues to train and pass his knowledge to his group of dedicated students at Perth martial arts academy.