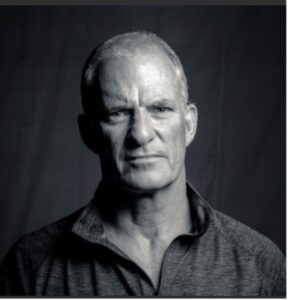 Sean Allen is known as one of Western Australia’s most significant martial arts instructors with 41 years of training, instructing and school management. In Martial arts he holds or has previously held the following qualifications:

Outside of Martial Arts Sean is a qualified schoolteacher, rock and water coach, a volunteer speaker for Beyond Blue and a volunteer instructor for One Ocean International open ocean breath hold training. He also spent 11 years involved in martial arts administration as a board member on the Educational Funding Company Advisory Board to the Martial Arts industry.

Sean’s career is one of leadership from the front.
For more than 40 years Sean has dedicated his life to developing his skills to the highest level and passing those skills on to his students.
Sean’s life is a great example of service to the development of martial arts in the Western Australian community.
Over and above this, he has dedicated himself to the service and empowerment of others through both his martial arts schools and his work outside of martial arts including school teaching, youth mentoring programs and depression presentations.

His original student body boasts more professional full time martial arts instructors in Western Australia than arguably any other.
Testimony to this “leadership from the front” philosophy is that after four decades Sean can still be found teaching children and young adults five days a week at his dojo in Margaret River.

Sean spent many years teaching hundreds of students at his Perth dojo where he employed a team of instructors. His transition from fighter to trainer to referee to business owner and then business coach saw him establish his name and a reputation of professionalism in all these fields.

Throughout all of these chapters, Sean continued to research lifestyle and intrinsic value. Several life changing events in his 50s culminated in him making life changes that mirror “The Monk Who Sold His Ferrari “.

He can now be found teaching children again during the night and chasing waves during the day in the surfing mecca of Margaret River. In the relatively short period of time that he has lived in Margaret River, Sean has become known as a widely and highly regarded role model, mentor and leader in the community.

As evidence of his willingness to step out of his comfort zone, he is also known as having surfed the longest wave in the world down the Amazon River. He was joined on his surfboard through the Amazon jungle with alligators, piranha, and Anaconda.

Sean has shown humility in his reticence to apply for this award. This humility only underlines his worthiness as a recipient.