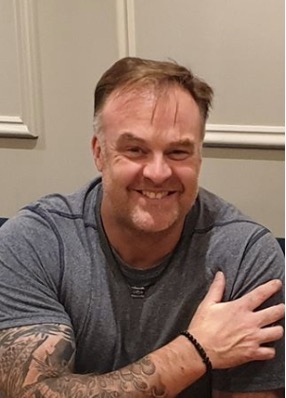 Shihan Paul holds a 6th degree in the Kando system and began training at the age of 13 in Mal Lomax’s San Chi Kai Freestyle Karate.  He later started training in the Japanese karate style of Shukokai with Sendai Karate under Shihan Kurt Klimkait, achieving his black belt in 1995.

A member of Victoria Police for 17 years, Paul spent time in the Force Response Unit, and later as a Police ‘Train the Trainer’ in Firearms, Defensive Tactics, Conflict Management and Forced Building Entry.  In his time with Victoria Police, he was also a Siege and Hostage Negotiator and Close Personal Protection Officer.

Shihan Paul is the founder and Chief Instructor of Kando Martial Arts, based in Melbourne, that currently has 6 clubs and over 2000 active students. He also runs Martial Arts Business Success (MABS), a business group committed to helping martial arts school owners balance the “art” with the “business” side of running a club.