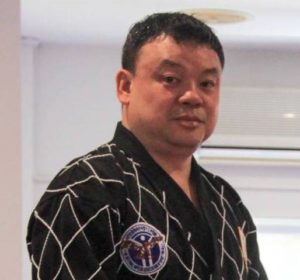 Inducted into the A.M.A.H.O.F. Inc. for 2019
Lifetime achievement – Martial Arts

Inducted into the W.K.U.H.O.F. for 2019
Lifetime achievement – Martial Arts

Steven Tran is a world champion in Martial Arts as well as a humanitarian through his work with young children.

Steven is a highly motivated individual who has achieved three world titles in Martial Arts, competing internationally from a very young age. Throughout his career Steven has competed in tournaments in Europe, USA and Asia with great success as a representative of Australia.

Steven is also an internationally recognised security specialist in the security industry working across Asia. He was the first non – police specialist to lead a Presidential international delegation at the 2007 Apec Conference in Australia and continued in 2008 and 2009 for the Philippino President in Argentina and Singapore.

He is also an active trainer in all forms of Martial Arts, including Tae Kwon Do, Hapkido, Krav Maga, Mixed Martial Arts, Boxing and Kickboxing.

Whilst Steven has had great international success he has never forgotten his community. Steven has continuously given his time and expertise to children’s sporting clubs, mentoring programs and nurturing the development of children in Martial Arts through his own Martial Arts school which reflects Steven’s tireless commitment to teaching children the benefits of Martial Arts.