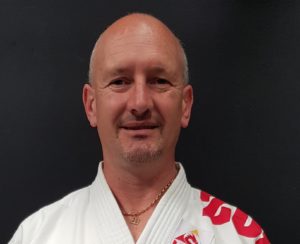 Nigel first started to consider a martial arts life journey in 1986 although he did participate in Judo and Boxing prior to this. In 1989 after earning his black belt he realised he had a passion for teaching and helping others which has led to many other business ventures and providing services to local and national organisations.

He has always loved the inspiration that so many people in the arts provide that he has felt it is his duty to pass on this knowledge. This has led his passion in helping others in challenging situations whether it is one on one or complete schools or community.

He currently uses resources also to help the wider community from fight events like rumble for Ra last year where he ran a fight show to raise money for Ra who unfortunately was paralysed from a martial art accident to running self-defence courses where they donate 100% to women’s refuge to things like providing free gym space for free work outs for men with cancer. He believes in never ending improvement which is why still to this day I train every day and travel religiously to up skill.