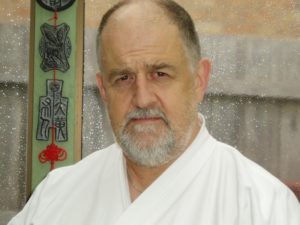 For years, martial arts have been my passion. I began training in 1983 and went on to achieve my Shodanho ranking in 1986 and Shodan rank in 1988 under Shihan John Buttigieg.

In 1991, I launched Firestorm Martial Arts. We are a well-respected club that provides effective martial arts, fitness and self defence programs for children and adults.

I hold Diplomas in Sports Coaching and Fitness and am First Aid Level 2 qualified. I am a member of The World Karate Association and World Kickboxing Association. I was awarded BJMA Instructor of the year in 2000, BJMA Contribution Award in 2006, and was member of the BJMA Steering Committee from 2002-2005.

I am community focussed. I regularly conduct fitness and stretching classes for community groups. I was awarded Club Person of the Year and a 25 Years of Service Community Service Awards at the 2017 Knox Sports and Leisure Awards. Firestorm was also announced as Best Club Initiated Program at these awards.