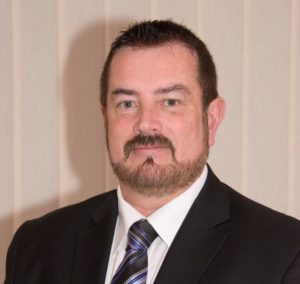 From the moment Gary first stepped foot onto the mats as a child in 1973, he knew he would dedicate his life to learning and sharing Martial Arts. In 1986, Gary was a pioneer in the Central Coast Martial Arts Community, opening the regions first and only Martial Arts store, “Budo Martial Arts Supplies” from where he also began his career as an instructor.

In 2000, Gary was awarded the “Australian Sports Award” for his contributions to Martial Arts.

In 2003, Gary was bestowed the title “Kyoshi” by the International Kojosho Karate Federation and is one of the few Australians to have been personally endorsed by the Japanese Emperor with the status of “Samurai”.

Gary was the first Westerner to be Awarded 7th Dan by Professor P. Skornia in Zen Do Ryu Karate and has trained under some of the greatest Masters including: Bruce Lee’s only certified Jeet Kune Do instructor, Guro Dan Inosanto; Master Yamashita, who taught Richard Norton his trademark “Complexes”; Professor Steve Stewart, 8th Dan Master and Director of Australian Kyusho Research Centre; as well as World Kickboxing Champion, “Benny the Jet” Urquidez.

Gary has a passion for practical self-defence technique and has acquired expertise in many disciplines including: Kali, Penjak Silat, Wing Chun, Small Circle Jujitsu, Savate, Muay Thai, Kyusho Jitsu, Krav Maga, Kenpo and Haganagh; which he incorporates in his teaching.

With his wife, best friend and mother of his 2 children, Chief Instructor Kyoshi Leanne Johnson; Gary’s greatest Martial Arts achievement was realised in 1998 when together, they created their own school, Munen Muso Martial Arts Australia which, in 2018, celebrated its 20th anniversary. Whilst the school has developed a reputation of excellence, having produced numerous national champions, Gary’s proudest achievement is the passing on of his knowledge to the generations of students he has taught and seen develop into fine Martial Artists and citizens.