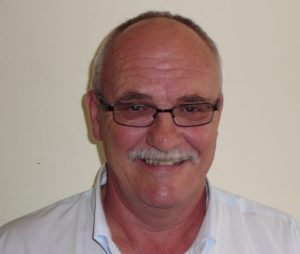 Anthony commenced the Martial Arts training with Kyokushin-kai Karate as a teenager in Corrimal a suburb of Wollongong NSW. Years later when undertaking further nursing qualifications, he was made aware of a martial art in Engadine.

Along with two friends he made enquiries and started to train in Karate under the tutelage of Pat Harrington and Betty Huxley. Both these ladies I found were renowned in the world of martial arts for their skills and experience.

Having started in Karate he was asked to start judo then jujitsu. It was a plan that Pat had decided upon for my martial arts career. As he progressed in the grades Pat asked him to go to Japan to gain my blue belt in judo and practice at the Kodokan. Anthony took personal training at the Kodokan and participated daily at the metropolitan police dojo Tokyo.

It was around his 3rd Dan that he came up with the phrase “the only person to beat in Martial arts is yourself”. He has undertaken demonstrations and exhibition nationally and internationally.

Anthony progressed with the support of Pat Harrington in Judo, Karate and Jujitsu to his current grade. It has developed a great deal of Giri in me to be supportive and respectful of my instructor and to always hold her in high esteem”. He credits her support and training as well as his diligence for his success.

“I thank AMAHOF and those that nominated me and I hope to live up to the ideals and values of my organization and those of AMAHOF”.