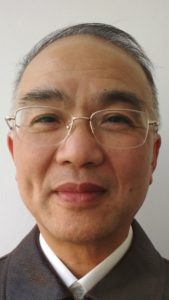 Mr. Xu Weiguo was born in Shanghai in 1956 and lives in Hangzhou.

Trained students and disciples spread all over the country and around the world. Lead students from the second session of the Zhejiang International Traditional Wushu competition have won hundreds of gold medals.

Teach numerous students at home and abroad, and some trainees have made their own coaching qualification to open their own boxing. Some teach boxing in Singapore. Some open boxing hall in Australia teaching, and some teach in the United Kingdom martial arts.

I have participated in the “Heroes’ World Tour” filmed by Beijing Television Station. Zhejiang TV station and Hangzhou TV station have also frequently interviewed and filmed programs such as anti-wolf surgery, morning exercises, fitness and health care as well as the application of Hangzhou Hefang Street. Hangzhou major newspapers have also reported the news media.

In 2017, I participated in the TV column program of big winners. On December 9, a seminar on Taiji Science and Life and Health was held at Shennong Hotel in Zhejiang University. Now Chenxi Taijiquan is mainly taught in Hangzhou Xihu Second Park, which is welcomed and praised by Tai Chi fans.