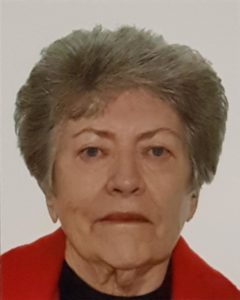 Inducted into the W.K.U.H.O.F. for 2018
Lifetime achievement – Judo Ju Jitsu

I began learning Judo and Ju Jutsu in1956. After graduating to Shodan in 1962 I began honorary teaching in Engadine NSW. In 1964 I graduated to Shodan in Judo from the Kodokan Judo Institute in Japan. In 1965 I began professionally teaching the martial arts with my highest ranking student, the late Mrs Betty Huxley at state and private high schools plus at Sydney University. As we progressed we expanded to RSL youth clubs and the YMCA ad YWCA venues as well.

As our membership increased we made many group tours for the purpose of training at the Kodokan Judo Institute in Tokyo and Sosuishi-ryu Ju jutsu organization in Fukuoka. Whilst on these tours we gave martial arts exhibitions at the Nippon Seibukan Academy in Kyoto which is the Headquarters of the All Japan Budo Federation.

Many of our Black Belt students who graduated from the Kodokan Judo Institute began teaching until we eventually had six Lotus Dojo clubs apart from all our other teaching assignments. As the years passed by and after many group tours these instructors and myself graduated to higher ranks.

We celebrated our 50th Anniversary on 12th July, 2015. The membership is approaching 3000 past and present many of whom have graduated to black belt or higher as our honour rolls have recorded.

My career of over fifty five years of teaching martial arts has been extremely rewarding as I have witnessed so many students striving for perfection.