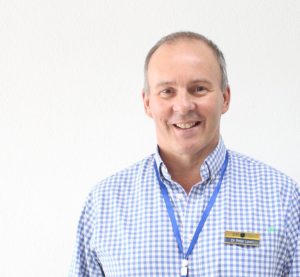 Dr Peter Lewis has been an Australian registered medical practitioner since 1983, after graduating with a Bachelor of Medicine and Surgery from Monash University. In 1988, he also completed a post-graduate diploma in Sports Medicine. He is considered an expert in the field of sports medicine, including platelet rich plasma (PRP), a regenerative medicine treatment utilising the patient’s own blood. This can be used for many sport injuries such as tendon tears, as well as medical conditions such as osteoarthritis.

Dr Lewis is very interested in the overlap between environmentalism and medicine and believes that there is a natural synergy between good personal health, medicine and environmental responsibility. In his medical practice he advocates lifestyle modification ahead of medication and believes in empowering patients to heal themselves in preference to developing dependency on drugs.

Dr Lewis has developed significant physical skills and manual dexterity through his martial arts training. Teaching over 37 years, he has attained the recognition of 4th Dan. He is head instructor at the Malvern Martial Arts Centre. He has further developed his medical skills working in disaster areas, such as in Zimbabwe after the war and in the Banda Aceh Casualty Department after the tsunami in 2004. He also regularly works in Thailand.

In 1985, Dr Lewis established the ReCreation Medical Centre general practice clinic, which he still owns and manages today. Currently, it comprises of 9 doctors and several allied health practitioners in the fields of psychology, massage therapy, exercise physiology, dietetics, podiatry and optometry. In his role as a general practitioner, he is also involved in the clinical training of medical and nursing students. He is the current chairman of the Australasian Ringside Medical Association and the presiding doctor for most boxing and kickboxing fights in Victoria. He has also worked as the club doctor for the Prahran Australian Rules Football (VFA) Club since 1985 and is a life member.

Dr Lewis regularly attends and presents at international medical conferences on sports and martial arts injuries. He has also written many articles on this topic, including a chapter on the assessment of concussion in the World Boxing Council (WBC) book on boxing injuries. He is a regular columnist for International Kickboxer magazine and is the resident doctor for the martial arts television show “Hammertime”, which is screened weekly on the Fox Sports 2 channel