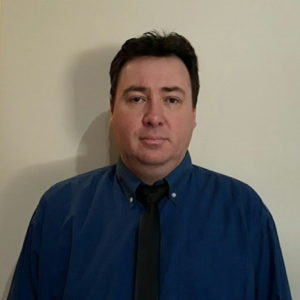 I have had a fascination with martial arts at a young age, especially within Japan and Korea.  This has been a driver for my passion for Asian culture over the past 28 years and I am currently involved with the expansion of Koryu in Australia through both Kyudo and Seibukaikan Budo.  This included the establishment of the Koryu in Australia and the continued fostering of international relationships that support both my studies and the continuing growth in the Japanese arts.

When I was around 16 years old, I had an interest with Japan and martial arts in general. After watching “Sword of Bushido”, starring Richard Norton in 1990, my desire to learn the Japanese sword began.  As a mentor and someone who had my admiration, this inspired me to continue my pursuit of knowledge in the martial art world focusing on the sword arts.

My passion over the years excelled and my knowledge of martial arts grew, as I would throw myself into different styles learning from Masters and Sensei’s both locally and in Japan and Korea.  The journey I have had has been the most rewarding and empowering challenges in my life.  Not only have I travelled to learn, but to pass on my knowledge has been amazing.

As time went on, I have been able to travel more to Japan (several times a year) for training, grading and assessment in the various arts that I am currently studying.

The past year (2016/17) has been extremely rewarding, having been accepted into rare and exclusive Budo arts in Japan.

Presently I am teaching Kyudo in a University environment and enjoying the challenge of educating the students in Kyudo while helping them on their own path in the Martial World.