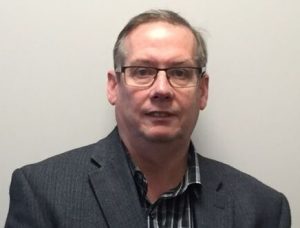 Inducted into the A.M.A.H.O.F.(Inc) for 2017
Lifetime Achievement – Kyokushin Karate

Inducted into the W.K.U.H.O.F. for 2017
Lifetime Achievement – Kyokushin Karate

Shihan Jennings first started studying Kyokushinin Wellington on 1stFebruary 1975. He was prompted to join a martial arts club in his early teens as he was small for his age, had been a chronic asthmatic from infancy and was frequently bullied.

His dedication to tournament training paid off in 1982, when we won the NZ National Lightweight Open Kumite title. He successfully completed the gruelling Kyokushin Shodan grading in 1983.

His first trip to Japan was in 1987, when we attended the 4th World Kyokushin Championships and stayed on for a month, training at Sosai Mas Oyama’s Honbu Dojo. He was graded to Nidan in 1988, Sandan in 1999 and Yondan in 2006.

Also in 2006, Shihan (then Sensei) Jennings was appointed Coach of the NZ team competing at the IKO Matsushima World Cup Tournament in Australia and qualified as an International Referee the same year.

He was honoured a year later by being appointed a NZBranch Chief of the IKO Matsushima organisation.

Shihan Jennings frequently travels to tournaments throughout the world in support of New Zealand competitors and to officiate. In recent years, he has refereed and/or judged World Championship bouts in Australia, Spain, South Africa and Japan.

He also takes these opportunities to train with Kancho Matsushima and other overseas based Kyokushin masters.

Shihan Jennings was inducted into the New Zealand Martial Arts Hall of Fame in 2011.