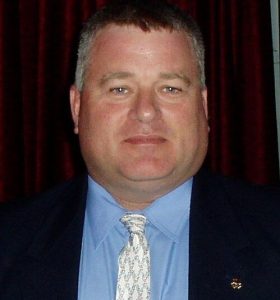 Inducted into the A.M.A.H.O.F.(Inc) for 2017
Lifetime Achievement – Martial Arts

Inducted into the W.K.U.H.O.F. for 2017
Lifetime Achievement – Martial Arts

Michael’s introduction into martial arts started with his parents taking him to judo training at the local PCYC and fit for life centre in Townsville 1982. Later he changed over to Karate classes being held at the local High school until 1986.

In 1988 Michael started learning Kendo and Aikido at the local Lawn Bowls Club.

Also in 1988 Michael assisted with the establishment of Seibukan Martial Arts Academy in Townsville, helping finance Mr Gallon’s trip to Japan to meet with Masafumi Suzuki, principle of Seibukan Dojo.

in 1993, Michael was formally appointed as the new Branch manager for Nippon Seibukan in Australia by the new principal in Japan, Yasuo Kawano.

Michael continues to participate in promoting Japanese Budo locally, through classes, seminars including Koshiki Karatedo, Kendo and Judo competitions. He assists and instructs at Karate, kobudo and Nihon Jujitsu seminars.

He visits Japan each year and most recently was in Hong Kong and Europe where he visited France and Switzerland.

In 2006 Michael relocated the Dojo to the Upper Ross PCYC and since then has volunteered his time, three afternoon’s each week, to teach Japanese martial Arts to community members.