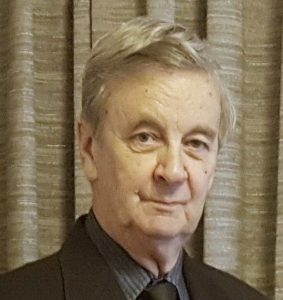 In 1958 Grant trained at judo for a whole year with a very experienced instructor, Wally Strauss. Grant was also a keen sailor and in 1959 won an Australian title in racing catamarans.

In 1974 Grant Joined San Chi Kai under Malcolm Lomax and trained a minimum of three times a week with each session lasting over two hours.

Soke Malcolm and team did a lot of security work for over three years with several celebrities including Olivia Newton John and Bob Geldoff of the Boomtown Rats who incidentally came to our Dojo in Ringwood to witness a grading day. He has trained with Chuck Norris, Benny The Jet plus many more well known martial artists.

Over the last thirty years, Grant has taught thousands of students and has had the pleasure of helping students win Australian and even world titles (Sensei Crystal ISKA world Black belt kumite 2008). He has written four goal setting books for ages three years up to fourteen years. There is another goal setting/grading book he has written for fourteen years and on. (Senior reference and grading book.)

Even though Grant is 73 years of age, he has no intention of slowing down or even stepping down as head of his full-time Dojo in Lilydale Victoria.

His last grading was with SanChiKai under Malcolm Lomax in 1986. Grant is addressed as “Shidoshi” meaning guiding principle.