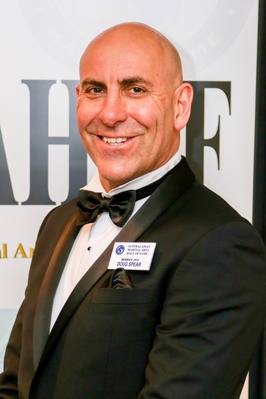 Inducted into the A.M.A.H.O.F.(Inc) for 2016
Martial Artist of the Year – Karate/Kenjutsu

Inducted into the W.K.U.H.O.F. for 2016
Martial Artist of the Year – Karate/Kenjutsu

As a team leader, Doug volunteered his personal time to present to the local community
(government and private sector), the consequences of road traumas with practical demonstrations
and presentations.

Doug represented Career Fire and Rescue of Western Australian as a team leader at the road rescue
challenges in Queensland in 2008 and observer in New South Wales in 2009.