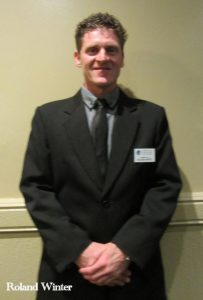 In early 1993 he opened his first dojo in Bondi Junction, Sydney.In 2010 Roland was promoted to probationary 4th Dan (Renshi) and in 2012 graded to full 4th Dan status, receiving his probationary 5th dan from Rhett Junker, Kyoshi.

Roland joined the Police Force in 1996 and has completed a Bachelor of Science at Macquarie University. His other passion is coaching Soccer and he has been coaching women’s teams for 17 years. In 2013 he was voted by Manly Warringah Football Association as Coach of the Year ( Women’s Premier League).