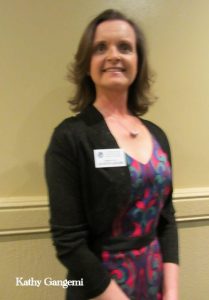 Inducted into the A.M.A.H.O.F.(Inc) for 2015
Junior Development & Support of the Martial Arts

Inducted into the W.K.U.H.O.F. for 2015
Junior Development & Support of the Martial Arts

From 1989 to 1992 I was Chief Instructor and coordinator for the Macarthur Adult Education classes. I designed and taught Self Defence classes for women.

Following a move to Tasmania I opened a branch of Les Elliott’s Karate and Kobudo Academy at South Arm. As I had previously practiced Goshin Ryu the change to the Shito Ryu system was challenging, but the club is now in its 10th year and has a loyal group of students. We are proud to have achieved our first Black Belt at the club this year, doubly so because she is my daughter (and Shihan Les’ granddaughter).

I have developed a comprehensive program for children 4 to 8 years old as part of the Honbu Dojo curriculum – Basic Karate, anti bullying using protocols and strategies, discipline, coordination, respect and teamwork.

Our club holds many community fund raising events which I coordinate including Kickathons for the Make a Wish Foundation, Heart Foundation and Breast Screen Tasmania.