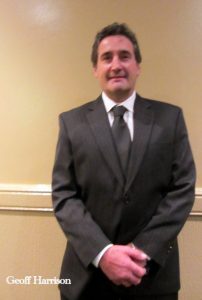 I am a Stonemason by trade as well as an Electronics Technician and Motor mechanic. I studied computer science and built / repaired computers for some time.

I started my sports career in Boxing under the instruction of Billy Jackman. I then took up Olympic weightlifting going on to win several second and third places. I then went on to bodybuilding which made me bulk up — perfect for my next job, that of Bouncer in Kings Cross and Melbourne then eventually to Tasmania.

San Chi Kai came into my life through Denis Apted, Wayne Seymour and David Thompson. I was quickly sold on the idea of Martial Arts, I could punch hard, kick hard  although I didn’t have the jumping capabilities of the more flexible students I more than held my own.

I was introduced to Kaicho Mal Lomax and we became very good friends and it was thanks to his guidance that I competed in Brisbane at the Goodwill Games 1995. I considered this a great honour to represent San Chi Kai and Kaicho Mal Lomax. I went on to win a Silver medal against a 5 times American World Champion.

I owe so much to San Chi Kai Karate for giving me a great past and some wonderful memories. I still continue involvement with San Chi Kai and hope to for many more years