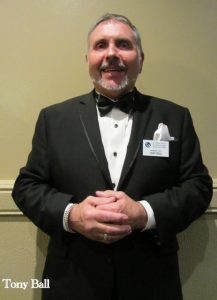 Inducted into the A.M.A.H.O.F.(Inc) for 2015
Lifetime Achievement – Martial Arts

Inducted into the W.K.U.H.O.F. for 2015
Lifetime Achievement – Martial Arts

Tony currently holds the position of “Soke” within the Fudoshin Ryu Australia. He is at present writing 3 books on Fudoshin Ryu. In addition he acts as senior advisor to many styles, students and instructors at his dojos in South Australia, Queensland, New South Wales and Victoria.

Fudoshin Ryu Masters Certificate 1996, this certificate is the highest honour and rank achievable in the Fudoshin Ryu system and was awarded to Tony by the Founder, Robert Lawrence, Judan.