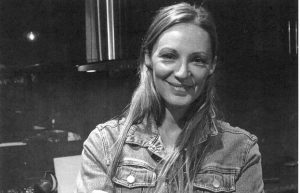 Michelle Hext, elite business coach, is the founder and owner of The Honourable Martial Arts Entrepreneur Program, www.RipItUpChallenge.com and www.PushTKD.com.au

An accomplished fitness industry expert and Taekwondo Practitioner (over 21 and 23 years respectively), she embraced thought leadership and entrepreneurialism early in her martial arts career.

She has owned and operated four gymnasiums, five Taekwondo schools and a personal training studio.

Michelle has hosted seminars with up to 1000 attendees, has been invited to speak at many corporate events and was even invited to audition for The Biggest Loser, which she declined. Budding entrepreneurs have sought her advice and mentorship and she commands excellence from her clients, ensuring their experience is nothing short of game changing. With her many years of entrepreneurial experience has lead to the creation of the Honourable Martial Arts Entrepreneur

Michelle is the founder and owner of the Martial Arts School Owners business program The Honourable Martial Arts Entrepreneur Program. She also founded and owns, www.RipItUpChallenge.com and www.PushTKD.com.au

Previously she has also owned and operated of four gymnasiums, five taekwondo schools and a personal training studio.

Michelle’s first online fitness business was a huge success quickly developing a strong reputation for it’s simple, honest approach while producing amazing results for women wanting to lose weight and get fit. This program was purchased by thousands of women globally.

More recently she courageously founded the very first women’s only taekwondo dojang in Australia.  Her vision, commitment, hard work and sense of purpose resulted in a highly profitable niche martial arts business that she loves to work in.

In Martial Arts and Fitness:

Michelle has been involved training in taekwondo for over 23 years and has worked in the fitness industry for over 20 years.

She is currently a fifth degree black belt having won four state and two national titles. She also had the honour of being appointed team trainer for the Victorian Women’s Black Belt Team in 1997.

The development and implementation of her Powerkick class increased the membership and ongoing attendance of many martial art schools (Powerkick is a martial arts to music program developed for Martial Art’s school owners) nation-wide.

Now, Michelle’s passion for business and martial arts, along with her many years of entrepreneurial experience, has lead to the creation of the Honourable Martial Arts Entrepreneur business program – be honourable, be profitable, be known!

Over the years Michelle has coached more people than she can count, hosted seminars with up to 1000 people, has been invited to speak at many corporate events, was approached by Lorna Jane to become an LJ ambassador and was even invited to audition for The Biggest Loser. Michelle’s sense of purpose and integrity in her training and business enabled her to confidently decline the offer.

Michelle is a qualified coach however she was not actively seeking clients, Her reputation for excellence on a personal and professional level soon preceded her and it wasn’t long before budding entrepreneurs were seeking her advice and mentorship.

Michelle has since organically evolved into a highly sought after business coach renowned for her integrity, wisdom and insight, receiving requests for coaching on a regular basis.

Michelle coaches with strength of vision, honesty and passion and has a remarkable ability to extract the very best from entrepreneurs and their businesses quickly.

Michelle’s coaching method is unique stemming from her own experiences, hard work, strong ethics and life lessons. She commands excellence from her clients, ensuring their experience is nothing short of life-changing.

Michelle has written for Jetstar’s Inflight Magazine, Oxygen Magazine, Women’s Fitness & Health, Body & Soul, Notebook and many more and was more recently featured as one of Australia’s Trainers to watch in Ultrafit Magazine, 2010.

In 2013 Michelle authored a book (resulting in a publishing deal) and a digital martial arts magazine for women.

On A Personal Note:

Michelle is now focused on staying fit, fast, lean and strong to enabling her to continue with her Taekwondo training at a high level as a woman in her mid-40′s.