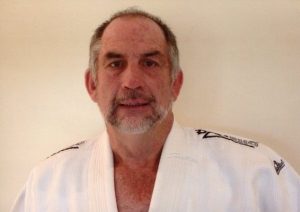 Michael or Mick as he is known learnt his first Judo lesson as a junior under Shihan Johnny Whipp at the Wagga Wagga PCYC Judo Club, country NSW in 1969. Since moving to Melbourne in the mid 1970’s he has continued his study in the Olympic sport of Judo and Jiu Jitsu (over 40 odd years). During this time he has risen through the ranks to be a senior 6th Dan and “Master grade”

Not only has he achieved success in gaining high grades, representing his State and winning championships he has also developed one of Australia’s strongest Judo clubs in Melbourne. His club has over the years had great success in area, State and National events. The Club and pupils are a credit to Mick’s teaching and advocating the Principles of the Founder of Judo. His own respect and standing within the Australian Martial Arts is almost without peer.

In addition his standing and respect within his local community as a long-time volunteer of the ‘Victorian Volunteer Fire Brigade’ and his work in the recent bushfires is recognized at the highest level. 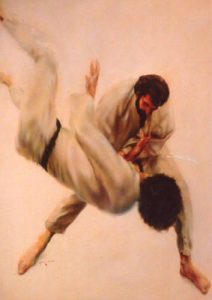 In many areas Mick has no peer.

Instructed and coached by: