Danny Simmons commenced his Judo training in 1955 at the South Sydney Police Boys Club in Waterloo, Sydney under the guidance of Police Sargent Ernie Chambers. In 1963 he tried out for the Australian Olympic Judo Team but was beaten by one point.

In 1964 he travelled to Iwakuni, Japan to better his judo training. He is a traditional martial artist trained in Japan and speaks Japanese fluently. He has been a very skilled judo fighter and teaches a beautiful classical Japanese style. His peers in Judo consider Danny a man of integrity whose word is his bond.

In 2000 he was awarded Australian Sports Medal for sporting achievement in Judo – Volunteer.

In 2005 He and his wife Lindy were awarded Rotary Award for Volunteer Work with Youths of the Central Coast NSW. In 2006 he was awarded Life Membership of Judo Federation of Australia.

Danny is a Life Member of the Black Belt Register as well as being on the Board of Management. For the past five years has been Assistant Coach at State Squad training for the NSW State Team. 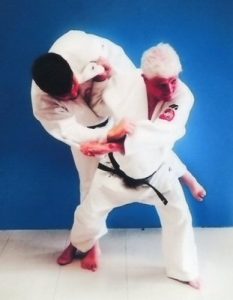 Danny has had a lifetime of teaching young judoka and has shown great tenacity in his dedication to his students.

Danny gained his Godan in Judo in December 2007.