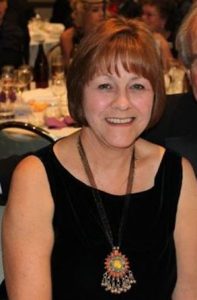 Dorothy Coe was born in Perth, Western Australia the seventh of seven children. Dorothy is married to Kerry and has three grown sons and nine grandchildren. Dorothy worked as a stockbroker and money market dealer within the Stockbroking and Merchant Banking industry for most of her adult life. When her children finished their university studies Dorothy worked as a document controller with her husband who is a Project/Construction Manager in the mining industry, for some years.

The Echoes journey began for Dorothy many years ago and has become a consuming passion. From a very early age Dorothy was aware of the strong spiritual influence in her life and has actively studied and applied this learning. Dorothy believes it is essential that we understand ourselves as “body mind and spirit” and know that our spirit is our “life force” and all life reflects vibration. Understanding this leads to the understanding of how spirit impacts physical. Here was the beginning of the Echoes journey.

Echoes opened its doors in May 2006 to deliver the healing power of gongs and didgeridoos. Echoes uses heavy vibrational instruments to balance the vibrations of the body whilst aligning and attuning the bodies energy system. This allows the body to initiate its own healing processes. Many people witness the amazing healings taking place within the Echoes system, healings ranging from cancers, chronic infections, addictions, eating disorders, paralysis, intestinal disorders and other life challenges.   The Echoes system has proven to be of huge benefit in relieving the symptoms of Post-Polio Syndrome as well as other Neurone Disorders.

The Echoes system was developed by Dorothy and is layered and structured to precise and disciplined delivery. It incorporates indigenous healing methods as have been used for many thousands of years and recognises the wisdoms of the ancient cultures of Mother Earth. Echoes has strong Aboriginal participation with two of its Directors being Aboriginal Elders. These are Mr Robert (Bob) Randall (Retired), Elder, Songman, Educator and Custodian of Uluru, and, Dr (Adj Prof) Joan Winch AM, Elder, Fellow of Curtin University and Director of Marr Mooditch Aboriginal Health College. Echoes participates closely with our Aboriginal community towards developing stronger community participation and awareness.

It is Echoes policy that our doors remain open to scrutiny and the potential for research is taken up by leading Scientists and Medical Research Groups including the Telethon Institute for Medical Research under the guidance of Professor Fiona Stanley and Professor Sven Sillburn. Further research has been undertaken by senior Martial Artists including Grand Masters Ramon Lawrence and Robert Braff (USA) who recognise connections to Martial Arts Systems within the Echoes systems. Many involved with research at Echoes consider the future of modern medicine to be vibratory.

Grand Master Ramon Lawrence has been assessing Echoes systems and delivery for several years; he has had much participation and has experienced personal healing in this system. He has also established the potential of integrating higher development of abilities and techniques with improved chi as a result of his research and participation.

Echoes delivers the healing sounds that have been known to Indigenous people for many thousands of years, these sounds and vibration levels are recognised by Keepers of Secrets and many Elders as the vibrations of nature. As we align to natural vibration our bodies assume natural balance and therefore, better health. Central to this is to align each chakra to its natural note, thus increasing natural and well balanced flow of chi energy throughout the body.

Last year Echoes became formally accredited and recognised by our Government in the category of Complimentary Medicine. This recognition has been earned over a period of years and is supported by an accredited training program that provides four levels of competency before its completion at Diploma level. It is the only accredited program of its kind in Australasia. Echoes is proud to be a world leader in this field.

Dorothy Coe is recognised as the founder of Echoes and its systems and has developed a training system to allow for further development both within Australia as well as abroad.