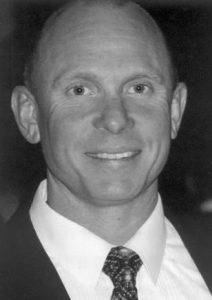 Justin Boylan is Western Australia’s most senior Bob Jones Martial Arts (BJMA) martial artist. He is the co-owner of Total Martial Arts Centre and provides a wealth of knowledge and experience to all who train with him. Kyoshi Justin started training in February 1980 and was named Zen Do Kai Black Belt of the Year in 1983. He was awarded the title Zen Do Kai Instructor of the Year in 1986.

Kyoshi Justin has played a pivotal role in the growth and development of Zen Do Kai (ZDK) martial arts in the State and leads a group of independently owned Bob Jones Martial Arts academies. Each of these academies teaches a variety of practical and freestyle martial arts systems.

Kyoshi Justin has been instrumental in the advocacy of community service and benevolence for all martial artists within the system. As such, WA Bob Jones Martial Arts Centres have:

In addition, Justin is a founding and current director of Justice WA. (www.justicewa.com)

“One of my proudest achievements has been the many thousands of dollars that we have raised to help a number of Perth charities. If you are healthy enough to do martial arts, it is a great blessing. To help those less fortunate than yourself is a meaningful way to express your gratitude for your good fortune,” Kyoshi Justin said.

Kyoshi Justin has trained in and taught a variety of martial systems and continues to be an active participant, motivational leader and expert tutor. His teaching philosophy is: Training for strength together.

Kyoshi Justin was also a joint representative for the Security Institute (WA). The security institute provided specialised education and training programs for the security industry in Western Australia. This included the provision of courses for crowd control, security officers and bodyguards. The Security Institute ceased operations in 2010. Kyoshi Justin is a police approved firearms, baton and handcuffs instructor.

Kyoshi Justin has provided security services to visiting dignitaries such as Al Gore, Bob Dylan, Pink, Julian Lennon, and Erin Brokovich to name a few and is a personal trainer to many leading sporting personalities including Justin Langer (Australian Test Cricket Star) and formerly to Chris Mainwaring (AFL Star).

I worked as an administrative officer in the WA Public Service for 16 years before leaving to become a full time martial artist.

I have performed the function of doorman and head doorman at a number of suburban hotels and taverns. I supervised security teams of up to six people at a time.

I have performed the function of doorman and head doorman at a number of inner city nightclubs. I supervised security teams of up to ten people at a time.

I have worked at a variety of indoor and outdoor concerts providing a wide range of security services including crowd control, stage security, and back stage security and dressing room security. I have been responsible for supervising up to four teams of five crowd controllers at outdoor concerts with crowd attendance of over fifteen thousand fans.

I have provided personal security for a number of media and rock stars at public appearances, record store signings and I have organized the collection of stars to and from the airport where large numbers of fans have been in attendance. I have worked for former Vice President of the USA Al Gore, Bob Dylan, Rubin “Hurricane” Carter, Pink, Julian Lennon, Oasis, Cold Chisel, Jimmy Barnes, Harry Connick Junior, Human Nature and Rove McManus to name a few.

I have owned and operated a registered training organization in Western Australia for 14 years. We were certified to provide training courses for the Certificate II course in Security Operations and the units of Certificate III required for the carrying of firearms, batons and handcuffs. I have also conducted defensive tactics training and firearm safety training for the RSPCA. This experience has given me an excellent knowledge of the law as it applies to the use of force.

I have over 30 years experience in the Martial Arts and have coached and competed successfully at local, state, national and international competitions. I own and operate a full time martial arts centre in Perth. I am the State President for the World Kick Boxing Association and the State President for the Brazilian Jiu Jitsu Federation in Western Australia. I am the State Manager for Bob Jones Martial Arts and have held the position since 1992.

I owned and operated a nightclub for six years. I handled all aspects of security, entertainment, stock control and promotion for this venue. I was the holder of the Liquor License and the approved manager for the venue. This has given me an excellent knowledge of the Liquor Licensing laws as they apply in Western Australia.