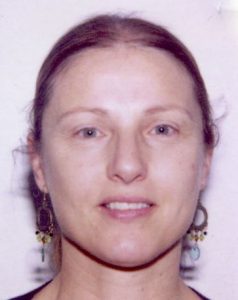 Inducted into the W.K.U.H.O.F. for 2011
Martial Artist of the Year – Taekwondo

Master Hartnett’s first experience of the Martial arts was in judo in 1978, she then tried a jujitsu based self defense system in 1980. It was while doing this martial art that Carmela first saw Taekwondo being taught in the same centre by her future husband Master Ross Hartnett. In 1981 her brothers joined the Taekwondo club, shortly thereafter Carmela, her two sisters and father followed thus starting a 30 year Journey in Taekwondo that continues to this day.

Her brothers, sisters and father all achieved Black Belts in Taekwondo and her mother achieved blue belt status. Her son is now a 5th Dan black Belt in Taekwondo and she is married to her original Taekwondo instructor Master Ross Hartnett 7th Dan Black Belt. Taekwondo has from the start of her journey been a family affair for Carmela.

Master Hartnett has been national Taekwondo champion an amazing 24 years, starting with her first National title in 1984, in some years winning both sparring and forms at the same nationals and a State Championship over 30 times, including WA, Victoria , NSW and SA Titles.

as well as a plethora of other international competitions.

Master Hartnett still competes at the highest levels of international forms competition to this day.

Master Hartnett also contributes to Taekwondo as an official judge and referee at numerous competitions. She is also a World Taekwondo Federation qualified International referee and qualified National Referee as well as a National qualified Forms Judge. She is also qualified to train others to be referees or judges.

Master Hartnett was named in Australia’s taekwondo team of the Century in 2000, by the National Governing Body, to honour the top 16 athletes Australia had produced in Taekwondo since its beginnings in Australia. In 2005 she was inducted into the National Taekwondo Athlete Hall of Fame. She is also a recipient of the Australian Sports Medal and of various citations from the World Taekwondo Federation for contribution to Taekwondo.

Master Hartnett has also conducted Technical seminars both in Australia and overseas in recent years. In 2010 she conducted seminars in New Zealand, Victoria and locations around WA. She also has produced a series of DVD’s for aiding in teaching Taekwondo forms.

She Jointly leads Taekwondo Oh Do Kwan with her husband Ross, the club has grown to some 1800 members spread throughout Western Australia, South Australia and Queensland. For all her success in Taekwondo both nationally and internationally, her favorite activity in Taekwondo is teaching women and children traditional Taekwondo for health and self defense which she continues to do six days a week.