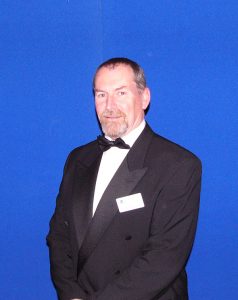 Instructor of the Year – Iaido

Jeri has attended every Iaido Australian National Championship since 1996. He has travelled extensively to Japan to further his training and deepen his understanding of Iaido, Tamiya Ryu and Jodo. The knowledge gained in this way is used to continue to develop his own teaching role in the Budokan Academy under Sensei Ramon Lawrence. Jeri helps coach a weekly class at Budokan Academy, and supports the Tuart Hill club on a regular basis. He has taken responsibility for supporting rural and regional clubs in the Southwest of Western Australia over several weekends a year in Margaret River, Busselton, Dunsborough and Manjimup.

Jeri has been a member of the AMAHOF Executive Committee, serving as Event Co-ordinator for a number of years.

He was a member of the Iaido team for Western Australia winning several National events.

Jeri is a warehouse/Logistics Manager for an Australia wide Packaging Company based in Perth working with a team of 20 people across 4 divisions, where his commitment in Iaido training, learning and teaching helps him on a daily basis. Jeri also finds the disciplines of this Martial Art, it’s history and culture helps in his private life.

In the Budokan Academy, the club saying is, “If the student is not better than the coach/teacher was at the same level, the coach isn’t getting their coaching right.”