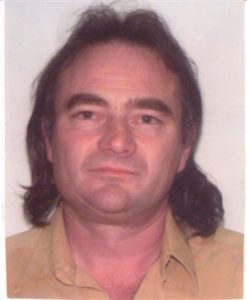 Inducted into the A.M.A.H.O.F.(Inc) for 2009
Instructor of the Year – Taekwondo – Victoria

Inducted into the W.K.U.H.O.F. for 2009
Instructor of the Year – Taekwondo – Victoria

I was born on 30th January, 1957, and have been involved in the field of martial arts for over 34 years. I am a practising 6th Dan Black Belt in Taekwondo and run a successful Taekwondo school. I am a very passionate and highly dedicated martial arts instructor. The critical factors of self discipline, respect and strength of character are enforced within my classes.

I am a prominent martial artist, committed to developing Martial Arts in the local community. I actively participate in supporting the community through various functions and events and contribute significantly to the high profile Taekwondo holds in the community.

I have a vivid passion for all forms of Martial arts and I continuously strive to extend and further develop my martial art skills. Thus I have participated in many other styles of martial arts including: Iaido, Jujitsu, karate, and Precision Pressure Point Targeting. Furthermore I have integrated the various styles in my teachings.

I have positively contributed to the local community in the followings areas.