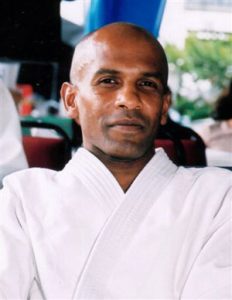 The Aikido Shudokan has a very high standing in the Martial Arts community both locally and overseas. We have a constant flow of visitors from around the world and Joe Thambu has taught, trained and performed in demonstrations around Australia, Japan, Indonesia, Malaysia, Singapore, United Kingdom, Poland, Czechoslovakia, Holland, United States of America and Canada.