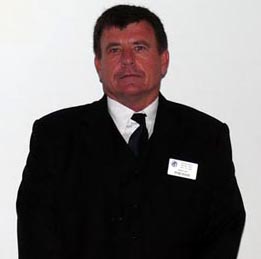 I was Born in Lismore, N.S.W. on 2nd August, 1960. I grew up on the Gold Coast from the age of five and went to Southport High School.

I first started my Martial Arts in Tweed Heads at the age of 15 doing Kyokushin Karate with John Hunt, to keep fit in the off season of football and have done many styles since then with a few breaks in-between – including Arnes, Shotokan, Ashihara, M.M.A., Boxing, Muai Thai, to name a few.

I am now 47 and still training Muai Thai and Shotokan Karate. Eight years ago I started “Fight World” Which is a Martial Arts and Boxing store. It gave me the chance to start putting back into the Martial Arts (Sponsoring Fighters, Camp Quality, P.C.Y.C., etc). It also gave me the opportunity to meet many of the Instructors, Students and fighters that I would not normally get to meet. So at the moment I get to teach, train and work in the Industry which I consider a blessing. Maybe not so much for my wife Kerry who I think should get an award for putting up with the life style.

I believe I owe Martial Arts so much, as it has given me the opportunity to not only travel Australia, but also to different countries around the world training.