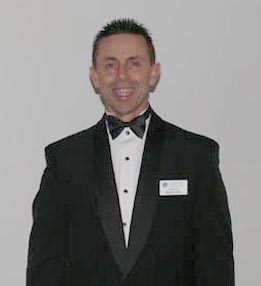 In March 2006 – I continued my leadership role as the Chief Instructor of Sydney Taekwondo, starting with 8 training centre’s and over 250 students that I have built up over the past 25 years. The students are encouraged to improve their self-esteem, self-confidence and also were given the opportunity to advance their knowledge, outside of one organization, where this was not possible before.

In May 2006 – The Australian Sport Commission ran a providers program for the Active After School Community (AASC). So from June 2006 – December 2007 Sydney Taekwondo conducted martial arts lessons to over 20 locations and approximately 600 children. Some of these children have continued their training at various martial arts centre’s in their local area. The program has been so successful that it has been expanded to 2010, with more centres’ coming on board and therefore more children becoming active.

In June 2006 – Began teaching sporting programs at various schools and by using the existing grading system, inside of the organization, allow students to experience and compare their skills against someone other than their fellow students. This has been a tough road as students inside the school system needed more support to give them the confidence to step forward, but after 1 years we have our first green belt. There are now three high schools that ask for my Instruction on a regular basis.

In October 2006 – Sydney Taekwondo expanded to the Upper Hunter of NSW and Northern Taekwondo was established. At this stage there was only one training centre and around 25 students, but the atmosphere was electric and through word of mouth the training centre doubled within the next few months. In Jan 2007 – December 2007 another 3 centre’s were established and now over 100 students are involved in Northern Taekwondo. This allowed the region to hold its first Challenge Day, where students compete in Sparring, Kata and who can execute the best side kick, which allowed everyone to compete. All students received a participation certificate and the best on the day for each event received a medal and a certificate.

In December 2006 – it was recommended by the senior students that I do a demonstration in front of my senior instructors, instructors, black belts, students and families. So on 17 December 2006 a grading was held in Sydney, where I demonstrated speed & strength breaking, intermixed with a range of senior patterns. I was presented my belt by my senior student and now hold the rank of 4th Degree Master Instructor. I understand and except that by putting Master Instructor on my belt, that I had made a lifetime decision of continual evolution of an art.

In February 2007 – Sydney Taekwondo was invited to run a human movements program, where 100 students in Year 9, were taught the basic skills over 6 lessons and this included learning a modified pattern. At the end of the program the students collectively were put through a prepared training program, demonstrate the basic skills learnt, demonstrate a choreograph sequence of moves and selected students were asked to jump over shields, to their own maximum height, and break a re-breakable board, held by me, on the other side. Year 12 were invited to use this activity and complete an assignment on energy systems, while observing the demonstration.

In March 2007 – Sydney Taekwondo headed south of Sydney and opened in Wollongong. Southern Taekwondo was established and we had our first centre going strong. Soon we had enquiries from Canberra and in October 2007 three centre’s were established and over 50 students are participating in Taekwondo and the area has very strong experienced leadership. One of the instructors from Canberra is heading home to Wagga Wagga, around two hours away, and we will be establishing another training centre in February 2008 and also continuing the AASC as he has done in Canberra for the past two years.

In March 2007 – Another direction was taken where Personal Development program’s began in the school system. The program focuses on teaching and achieving an alternative solution to bullying. Emphasis is placed on discipline, respect, perseverance, self-control, honesty and leadership and this is coupled with analyzing situations as they arise. The students accepted the program and while we still covered the main issues relating to bullying, taekwondo was used as a tool to keep them interested as well as giving them the tools to stand up and say ‘No to Bullying’. I was accepted into a local Sydney Primary School and during 2007 there were 140 students that completed the program and the feedback was all positive. The program is now being looked at by several schools and 2008 looks like being a great year.

From 2008 my martial arts network is under the name of United Taekwondo.

Since 1983 / 2007 – I have supported numerous schools on fete days and special occasions, recently certificates have been given out.