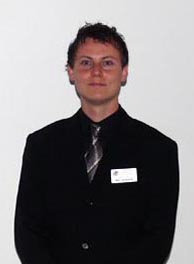 Marc commenced his continuous training from the age of 6, due to some kids bullying him at school, and began in 1988 with the Budokan karate school. Having reached 5th Kyu in December 1991 the Budokan school on the Gold Coast closed and was taken over by the Renbukan karate school. Not soon after Marc received his 2nd Kyu in 1994, the Renbukan school also closed in late 1994 on the Gold Coast (leaving only a school available in Burleigh Heads). Due to the distance of travel for his parents Marc joined Kenkokan karate in 1994 under the guidance of Shihan Patrick McKean (now Hanshi).

Upon joining Kenkokan Karate Marc was downgraded from 2nd Kyu to 5th Kyu due to the sheer differences and required skill for the Kenkokan karate style. Marc persisted through and on the 3/12/1995 he received his Shodan Ho (provisional black belt) and began teaching. Since then Marc has remained loyal with Hanshi Patrick McKean, teaching and training at the Gold Coast Kenkokan Hombu dojo. He currently is a 4th degree black belt (graded 3/12/2005) and more recently was awarded the title of Shihan (28/7/2007). Marc has also trained in the art of Iaido under Kancho Glenn Stockwell receiving Shodan in Seishinkan in 2004 and has had the great privilege in training with the late Kancho Yasuyoshi Kimura.

At the age of 14 in November 1996 Marc was fortunate to compete in the 15th Japan Open Koshiki Karatedo Championship in Tokyo and received an equal 4th place in the 18 year olds Koshiki kumite division. Marc also had the great opportunity in training with Hanshi Masayuki Kukan Hisataka and gained a lot of respect and zeal for his continued training and instructing in the martial arts. Having a love for Koshiki, Marc has competed and won in many local, state, national and international tournaments over the past 12 years. Marc has also had the opportunity in training and competing with Nathan Corbett (aka “Carnage”) for many years at the Hombu dojo.

Marc finds it a fulfilment to teach and has continued to assist Hanshi Patrick McKean with the constant progress of students in their martial arts journey of training, gradings and seminars. Hanshi Patrick McKean’s knowledge from training with countless master martial artists from around the world, including in the field of traditional weapons, is being passed on directly to both Shihan Kerrie and Marc. Both of whom together uphold the role of being keepers of the Kenkokan karate school, ensuring the future of the style. Having been equipped with many important life skills and with the correct attitude, discipline and confidence Marc will continue to advocate the positiveness of karate for the future of its role in the martial arts and in the lives of people.