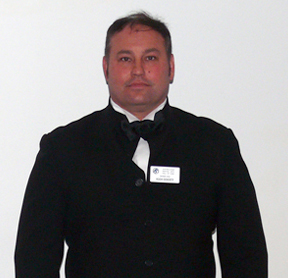 1978 – Ju jitsu – Wayne & Dale Brabham – Founding presidents of Australian Ju Jitsu Association. Although Wayne is disabled presently with Parkinson’s disease, I remain under his guidance. Graded Godan in 2004 and certified by Dai Nippon Butokukai. Yondan in Aiki ju jutsu in Myo Shin Ryu. Wayne termed his style “Goshin Jutsu” and later “Yawara” to distinguish the style from similar practitioners. The base of Yawara is Shorinji Kan developed by Riukiu Myura with further Karate by Tino Ceberano and Kodokan Judo.

1992 – Both brothers retiring from office continued training with uke Hugh Doherty and opened the ” Self Defence Academy of Australasia”. The name changed to “Academy of International Martial Arts & Health” after studies in massage and traditional treatments.