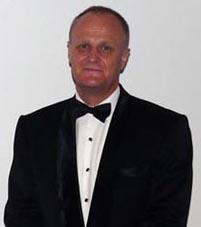 Category Martial Artist of the Year

In addition Glen has supported Indonesian Police security management training initiatives instructing on numerous National Police security management courses for several years. He has also been responsible for the project management and delivery of specialized training initiatives for the Australian Defense Force and several Australian Police organizations and has been integral in the development of accredited training programs related to Voluntary Principles of Human Rights and Security in Indonesia. He has also been involved in developing peace development initiatives for government sponsors supporting the government of Timor Lesete in the area of martial and ritual arts gangs.

He has professional security and consulting experience in South East Asia, the South Pacific, and Australia supporting clients in medium- and high-risk security environments working extensively in security and management consultancy roles across a wide range of business sectors for multinational organizations, international agencies and embassies within the region.and has lived and worked in Indonesia for nine years.

Glen is a BS Security graduate from Edith Cowan University, Perth, Australia; he holds a Diploma, Personnel Management from the University of New South Wales, Sydney, Australia He also has formal training and assessment qualifications recognized by Australian Government Training Authorities. He graduated from the Royal Military College, Duntroon, Australia.