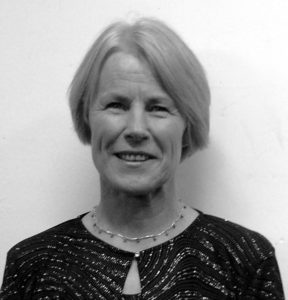 Sensei Ginny Edgerley lived in the ACT from 1965 – 1976 and started doing martial arts in 1965. She soon became hooked on what it had to offer, particularly facing the physical and mental challenges of striving to perfect techniques for the gradings. She always enjoyed being physically active and in her younger days she was in the school hockey and swimming teams, achieved the Award of Merit in Royal Life Saving and sailed with the YMCA Sailing club.

Ginny trained to be a teacher and began her teaching career at Giminderra High School in 1974. In 1976 she moved to South Australia and when she worked at Para Vista High School in 1978 she started a branch of the Jishukan Honbu.

When Ginny moved to South Australia in 1976 she become involved in doing volunteer work for the community. She was invited to join the local historical society as they needed her skills as an English teacher to help them write a book and for two years was part of the editorial committee. She also joined the board of the Strathalbyn and Districts Soldiers Memorial Hospital, serving a two year term.

As her two children grew up, she became involved in various local sporting groups, coaching teams and serving on the committees of the Strathalbyn Little Athletics and basketball clubs for a number of years.

Ginny has always been a keen sailor and for the past six years she has been the Commodore of the Milang Regatta Club. This year they won a grant from the Department of Recreation and Sport to run a junior sailing training program which not only aims to teach local youth to sail, but provides mentoring for them via the boat repair program. A number of young people in the town come from socio-economically disadvantaged backgrounds and the program provides opportunities that would not normally be available to them.