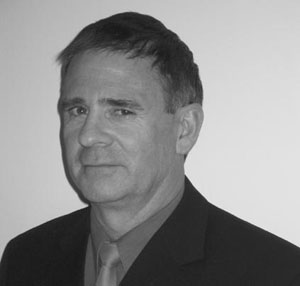 Inducted into the A.M.A.H.O.F.(Inc) for 2006
Instructor of the Year – Kokusai Jujutsu Ryu

Inducted into the W.K.U.H.O.F. for 2006
Instructor of the Year – Kokusai Jujutsu Ryu

My study of martial arts began as an intriguing venture into the world of the unknown. During my youth in the 1960’s, my early influences included: a judo black belt holder masquerading as a school teacher; numerous school yard altercations, television wrestling programs, spy movie fight stunts and a growing library of related books and magazines. I was also encouraged by the fact that in those days, the general public was oblivious to these strange disciplines and ‘rituals’. Growing up in a ‘budo wilderness’ meant that quality teachers visited this region, but never stayed long. In spite of this, I have trained with, and continue to interact with, many excellent teachers. Becoming an instructor gave me the opportunity to improve through teaching and practicing with so many talented and enthusiastic people. The decision to become a teacher slowly shifted my focus from being a self-absorbed practitioner, to an enthusiastic coach for local and overseas students. I hope that, during the past thirty-seven years, my martial arts endeavours have provided a positive contribution to the local community and to my past and present students.’

Hanshi John Raymond Bear has been an active martial arts practitioner in Australia since 1968, and has been instructing in the Canberra region since 1971. Born in Melbourne in 1951, he has been a resident of the Australian Capital Territory since 1959. He has been married for thirty years and has four daughters and two grandchildren. From 1969-1989, he worked for the Department of Defence and was a recipient of ‘The Secretary’s Award and Medal for Long Service – twenty years’. He devotes most of his time to his family and his various classes.

He currently teaches Japanese jujutsu, kuatsu, and weaponry arts (focusing on the relationship between weapons and jujutsu training). He also supervises classes in ‘seitei iaido’ (formal Japanese sword drawing and cutting) and ‘seitei jodo’ (Japanese short staff) as a ten year member of the Australian Kendo Renmei. From 1971-1992, he taught karate with the Canberra Shotokan Karate-do (CSK).

John Bear is currently Principle and Director of Kokusai Jujutsu Ryu – International Jujutsu Institute Pty. Ltd. The primary role of the KJR-IJI is to continue to develop clubs and groups in order to transmit the Japanese jujutsu arts of Professor Kam Hock Hoe (1903-1990). Bear became head of the ‘Kokusai Jujutsu Ryu – International Jujutsu Institute Australasia (IJJIA)’ in 1989 and Director in 1990. He held the position of Australian Chief Instructor and National Director of this institution from 1979 -2004. In Mar 2004, Bear became Principle (Soke) and National Director of the restructured ‘Kokusai Jujutsu Ryu – International Jujutsu Institute Pty Ltd.’ (KJR-IJI). The functions of the ‘Australasian’ body were replaced by the KJR-IJI in Mar 2004.

He took a serious interest in Shotokan karate in 1969, forming and coaching a local Shotokan Karatedo Club from 1970-77. The Club affiliated with the Canberra Police and Citizens Youth Club (CPCYC) and a Melbourne based Shotokan Group. He completed his karate shodan exam (1st black belt) in 1971. He gained affiliations to the Japan Karate Association (JKA) 1979-80, Japan Karate Association Australia (JKAA) 1983, Shotokan Karate Association Australia (SKAA) 1977-79, during a turbulent period when Shotokan karate was experiencing international and national divisions and instability. He continued to teach with the support of the local CSK Shotokan Karatedo and was promoted to sandan in 1980. Bear taught karate from 1971-1992, and held karate classes at the CPCYC, Macquarie Primary School, Hawker College and the Australian National University. He ceased taking formal karate classes in 1992, deciding to train privately and to dedicate more time to the development of the Kokusai Jujutsu Ryu.

In July 1971, Bear met Raymond B. Lea for the first time. Lea was a jujutsu instructor who had recently completed a RAAF posting in Malaysia, where he had been a black belt pupil of legendary wrestler, pugilist and jujutsu grandmaster, Professor Kam Hock Hoe. Professor Kam was a graduate of the Kyoto Kokusai Jujutsu Daigakuin, Japan, gaining his certificates of mastery of Kanoryu jujutsu and kuatsu in 1933. Lea completed his master dan and kuatsu specialist degree under the Professor in 1974 and formed an umbrella body called ‘International Ju-jitsu Institute Australasia’ (IJJIA) in 1975. The IJJIA was officially registered by Bear in 1984. Bear joined the IJJIA in July 1976 and Lea was instrumental in Bear’s jujutsu development as mentor and instructor especially during his first four years with the IJJIA.

From 1976-1980, under the direct supervision of Lea, Bear became Institute Research Officer and continued the work of standardising and documenting techniques and developing the ‘Bankoku Jujutsu Syllabus’ to ensure that techniques and training methods were not lost. By 1978, Bear had been awarded his Kuatsu Specialist Degree (fourth dan level). In 1979, Bear was appointed Chief Instructor or the IJJIA Australian Headquarters Dojo, which became the Australian National University (ANU) Jujutsu Club in 1982. In 1980, he was awarded rokkudan (sixth dan). He was an Honorary Coaching Member of the ANU Sports Association from 1982-2004.

Bear formally registered the ‘Kokusai Ju-jitsu Ryu-International Ju-jitsu Institute Australasia (IJJIA)’ in 1987, as a non-profit umbrella body for Institute clubs teaching his consolidated jujutsu syllabus. He combined the Japanese name with the English Institute name to clearly identify the Japanese origin of the art and more closely identify it with the original parent body – the Kyoto Kokusai Jujutsu Daigakuin.

He became a Level one jujutsu coach with the National Coaching Accreditation scheme in 1988 and studied Aikikai aikido up to black belt level from 1988-1992. He gained his certificate of jujutsu mastery (seventh dan) and menkyo teaching licence in 1989, from R.B. Lea and the KJR-IJJIA.

In December 1989, after twenty years service with the Department of Defence, Bear was medically retired from his public service career, due to an eye injury which severely limited his reading abilities. He began to devote more time to the martial arts.

From 1989-1995, Bear was qualified as a level one Sports Trainer with the Australian Sports Medicine Association. Late in 1990, he invited Professor Kam Hock Hoe and his students to visit Australia. In October 1990, shortly before his proposed visit, Professor Kam died at the age of eighty-six at his home in Kuala Lumpur. In a bid to insure that the Professor’s legacy and art were preserved, Bear, with the assistance of his students and Professor Kam’s family and students, began to conduct jujutsu historical research missions and seminars. For the next ten years, he made annual overseas visits to exchange information and assist instructors and students of KJR jujutsu. Bear continued to publish historical and technical jujutsu information based on his records and research for the benefit of all students of the art.

Taking an active leadership role to ensure his lineage and the jujutsu arts of Professor Kam continued to flourish, he accepted the challenge as National Head and International jujutsu technical advisor for overseas branches. However, his interest in training and his personal classes remained undiminished and he continued to conduct jujutsu classes three times per week at the ANU, as well as conducting karate classes twice weekly (ceased in 1992) and classes in modified ‘Kids jujutsu’ at local primary and high schools.

During the 1990’s, he advanced his coaching and first aid skills, becoming a Level 2 jujutsu coach in 1990, gaining certification as Level 1 referee and upgraded to Advanced Level First Aid with St John Ambulance in 1993 (he had served as a Department of Defence Senior First Aid Attendant from 1982-1989). He qualified as a Level 1 Strength and Conditioning Coach in 1994. He also built and taught at his own dojo facility in Queanbeyan, NSW, which opened in 1991. He named the dojo ‘Meidokan’ (place for illuminating the way) after a Kyoto jujutsu dojo which was closed in 1945.

Ceasing karate classes and aikido training in 1992 gave him more time for jujutsu and jujutsu-related weapons training. By the end of 1993, he was conducting additional classes and seminars on other elements of jujutsu: especially kuatsu and kobudo (an ‘Institute’ name for the specialised study of weapons and their relationship to jujutsu). To further his understanding of the Japanese weapons, Bear began studying Shindo Muso Ryu jodo and ‘Seitei’ iaido.

Bear gained a jujutsu professorship (Kyoshi) with the Kokusai Jujutsu Ryu in 1993. In 1994, he formed and captained a team of his senior KJR black belts, to represent Australia at the 1995 World Jujutsu Championships in the International Kata Demonstration Event. His five-man team gained National selection and competed in October 1995. Nine nations competed at the World Council of Jiu-Jitsu Organisation’s (WCJJO) Sixth World Jiu-jitsu Championships. The Australian team won the silver medal in the Kata demonstration event.

Late in 1995, Bear embarked on a study of Iyengar Yoga to assist with his personal body maintenance and flexibility. In spite of his hectic schedule of classes and seminars, he also continued to study jodo and iaido and between 1995 and 2000 participated in seminars, gradings and Annual National Iaido Championships.

In 1997, he was awarded hachidan (8th dan) by the former head of ‘Kokusai Jujutsu Ryu – International Jujutsu Institute’. He qualified as an NCAS level 3 jujutsu coach at the end of 1997. In 2000 at the Kenshikan in Melbourne, Bear was awarded nidan (2nd) black belt in ‘Seitei Iaido’ and shodan (1st) black belt in ‘Seitei Jodo’ with the Australian Kendo Renmei, before panels selected from ten visiting Japanese kodansha from the Zen Nippon Kendo Renmei. At the end of 2003, he sold his dojo for personal reasons.

At the beginning of 2004, Bear became Principle (soke) of KJR-IJI, officially formalising the body. The restructured ‘Kokusai Jujutsu Ryu – International Jujutsu Institute Pty Ltd. Under the direction of Bear, the Institute continues to teach from the Bankoku Jujutsu Kyohan (KJR-IJI syllabus) as it has been taught in the region since 1979.

In March 2004, John Bear became an official instructor with the Canberra Police and Citizens Youth Club, where he had his origins as a coach back in 1971. He believes that the CPCYC gives him better access to the local community and youth support programs. He continues to foster the Australian Coaching Code of Ethics, the KJR internal creed (to train sincerely, be honest, improve character, uphold the old traditions, and find personal harmony) and to promote the external Institute motto (service to the community, respecting others; and seek justice for all). He teaches five classes each week, assisted by his senior students, and conducts regular workshops and special seminars

‘Most good coaches have their small army of silent supporters whose generosity and patience often goes unheralded. I am very thankful to my many teachers, past and present students and friends, who have joined with me during the past thirty-seven years to enjoy the many facets of training. My greatest supporters are my wife and family (including my two brothers) and my personal thoughts of appreciation are first and foremost to them. I would like to take this opportunity to thank a handful of people, who have either been long standing friends or who in their own way, have made my ‘martial arts’ life a very special one: M. Badham, R.J. Burton, Chen Kim Sang, D.S.A. Crook, G. Hickey, E.A. Hult, H. Ikeda, Mrs F. Kam, S. Kaci, Dr.Y. Kadono, R.B. Lea, M.H. Macgregor, A.B. Manclark, C.D. Mathers, P. Morton BEM, M. Novak, C.M. Press, P. Wickart, Dr. L .Shanahan, D.F. Venables, Dr. D.C. Voon, K Weir and D. & A. Woodhouse.’

1998: ANU Jujutsu Club under the supervision of Mr Bear won the ‘Australian National University Sports Union Club of the Year’ trophy and prize

Shimete – The Jujutsu Art of Strangulation, 1998