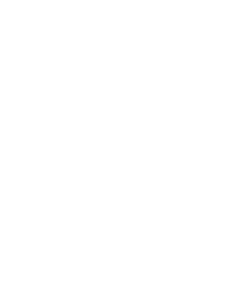 Inducted into the A.M.A.H.O.F.(Inc) for 2003
INSTRUCTOR OF THE YEAR NEW SOUTH WALES  KARATE

Inducted into the W.K.U.H.O.F. for 2003
INSTRUCTOR OF THE YEAR NEW SOUTH WALES  KARATE

Shihan Pollet first started karate when she was eighteen but dropped out after only one class but shortly after Ian talked her into coming back to karate. Sharon later introduced classes for young children where she teaches co-ordination and personal development skills on top of the standard kicking and punching skills of karate. Shihan Pollet has found this type of training quickly displays the abilities of good communication and self-reliance skills in her students. This group is affectionately known as her ‘Little Tigers’.

Apart from being an outstanding Instructor of Karate, Shihan Pollet is an exceptional karate practitioner in her own right. She has won numerous State and National tournaments for sparring, kata and for ‘breaking’ demonstrations (six roof tiles with a single hammer-fist).

She has been a pioneer for women’s karate for over 23 years and would like to see more females involved in martial arts. She says, years ago, the women used to be much friendlier and more helpful. As a middleweight, she can remembers a particular meeting where she had to go up to the heavyweight division, because there weren’t any other middleweights competing, and the lady she was matched against hit her with a hook-punch, which spun her helmet around. She immediately stopped to fix Shihan Pollet’s helmet and asked if she was still there. Afterwards they laughed about it.

She says there was real camaraderie amongst the girls. Today the girls are out for blood, and it’s really quite vicious, whereas the men fight hard, but they shake hands afterwards, and it’s all in good spirit. She thinks that women need to settle down and relax their attitudes a bit. Because they are female, the women seem to feel they have to prove a point.