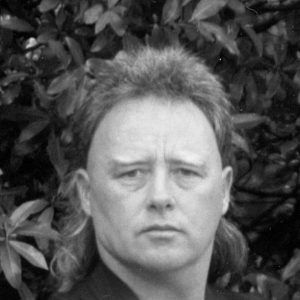 Kempo Instructor of the Year

Kempo Instructor of the Year

Grading Record. Number of Gradings as Panel Member : More than 20.

My name is Nick Christiansen. I started my Shaolin Kempo training in February 1979, under the guidance of Kyoshi Mike Ryan, also a student of Grand Master Robert Gemmell, who was assisted by Sifu Norm Palmer, at the Northcote Intermediate School on the North Shore in Auckland. Training was two days per week with classes being two hours long. In June 1979 I attended the first National Kempo Seminar held at Taupo. I have been attending these events without a break for twenty three years.

Several months after starting Kempo, Kyoshi Ryan moved the branch to a full time building in Barry’s Point Road. At this time Sifu Palmer started his own classes in the same building on different nights and with the permission of Kyoshi Ryan I attended these classes also. I trained four nights a week for the next eighteen months, when Kyoshi Ryan asked me if I wanted to take extra classes for him. This position I accepted and trained six days a week. In June 1982 at Taupo I received my 1st Degree Black Belt from Kancho Gemmell.

The training from day one with Kyoshi Ryan was, to say the least, extremely gruelling, and has over the years helped to shape not only my body but my thinking and behaviour in all aspects of my life. Often was the time I would go home from training too sore and tired to even eat. Just go to bed. I have right from the first night of training, joined Kempo for life and still after my time so far in Kempo enjoy all aspects of training and instructing. I have, as I’ve improved as an Instructor and student, been lucky enough to not only continue my training with Kyoshi Ryan and Sifu Palmer, but to be involved in training directly with Kancho Gemmell, the founder of Shaolin Kempo in New Zealand. I have been given by Kancho Gemmell the title of Sifu and recently in June 2001 I was graded by Kancho Gemmell to 7th Degree Black Belt.

In August 1982 I moved to Dargaville in the North and at this stage took over the position of Resident Instructor in the Dargaville Branch, which has now been running for twenty years. The Dargaville Branch now has classes in Empty Hand and Weaponry, Kempo, Chuan Fa and Tai Chi Chuan. It also has both Junior and Adult programmes running five days a week in a full time Dojo.

In January 1983 I met my future wife Karen, who from the start supported me in my extensive time involvement in Kempo. We were married in 1985 and have two boys, Dylan, 14 years and Lee, 11 years. Karen has tried classes in Kempo and Chuan Fa, finally settling on Tai Chi Chuan where she is the senior student in the class. Both Dylan and Lee have been involved in Kempo training with Lee holding the rank of Brown Belt. I guess it must be “if you can’t beat them, join them”, but I enjoy my family’s involvement in an art that has done so much for me as a person.

Over the years as I have progressed through the ranks my involvement in instructing at classes and National Seminars has increased, now having attended eighty four National Seminars. The early Seminars were extremely hard with about twelve hours training per day. My tournament participation began at the National Kempo Championships held at Taupo in June

1979 and continued for the next eighteen years in our National and Regional Championships. I also attended the Highland Games Tournament held in Hastings later in 1979. This was great exposure even so early in my competition career. After a slow start with personal results I was lucky enough over the years to gain National and Regional Champion status in a number of areas of competition. I also felt, as an Instructor, that I needed experience in all areas of competition in order to coach students training under me in their own competitive skills.

I was fortunate enough as a competitor, as a result of winning “Best Overall Kempoist” at the Auckland Regional Champs, to receive as a prize for this, a trip to our Australian Branch, to assist Kancho Gemmell with officiating at the Australian Kempo Champs and Seminar. This was amazing international experience. As I became more skilled in the competition arena, I became involved in the Judging and Refereeing areas of competition and currently hold Chief Judge and Chief Referee ranking. These areas have been my focus in Tournaments for the last four years but every now and then I will get back in and try any new areas of competition that develop.

Other areas of Kempo that I am involved with are, eighteen years in Chuan Fa (the ‘Mother’ art), holding the rank of 2nd Level Black Sash. This area of training involved several years of leaving my place at 4am Saturday morning to travel to Auckland to train in this art with Kyoshi Ryan and returning home, about lunchtime. A long, but enjoyable day.
I am also involved for the last thirteen or fourteen years with the Internal Arts of Bagua, Tai Chi Chuan, and H’Singi. I currently hold Black Sash Level in Tai Chi Chuan and am working towards gaining ranking in Bagua and H’Singi, all very difficult but exciting arts.

I feel very privileged to be involved in all aspects of Kempo and honoured to not only be a At the 2 student training under and with my Instructors, but also to be considered to be their friend.

After the 2002 Awards Event Nick will be Inducted into the New Zealand, Australasian and World Karate Union Halls of Fame.