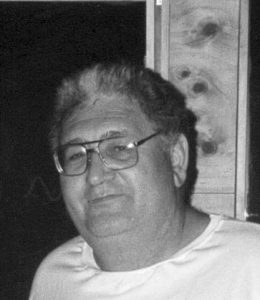 Inducted into the A.M.A.H.O.F.(Inc) for 2002
Multi Style Martial Artist of the Year

Inducted into the W.K.U.H.O.F. for 2002
Multi Style Martial Artist of the Year

English Translation : Bring out the warrior

Seminar Involvement : Many of – 29 years.

Grading Record. Number of Gradings as a Panel Member : More than 20.

A brief of my martial arts years :

1975 : Hosted a NZ Open Tournament at the Wellington
Winter Show Buildings with John Tahu.
1975 : Graded to Shodan under John Tahuparae and Solly Purcell. Sifu Kati Unuia was also graded to Shodan that day. Many others failed. This was the most gruelling and physically demanding blood-spattering grading of my life. But most fulfilling. If anyone disputes the events of the day Chief Instructors Purcell and Tahuparae can verify things.

In the team fight versus Australia I defeated Nick Theodasisdis who earlier won the Open event.In late 1976 our style hosted the first open full contact event in Upper Hutt. Many styles disassociated themselves from the event drawing more attention to it. (Free publicity). Those that supported the event were Tien Sien Pai, Kyokushinkai, Okinawa Te, Go Ju Ru, Budokan, and one or two others. Chief Instructors were Solly Purcell, Robin Begbie, John Tahu, Mike Lee, Lance Taputoro and others. Efforts were made after this period to unify martial arts. The Martial Arts Council was formed.

1977 : Travelled to Australia to Wollongong to an Australian open event with Robin Begbie, Kevin Pepperell, Selwyn Jones, John and Phillip Marshall. We defeated the Australian team.

1979 : At Hastings Highland Games Open Super Heavy weight full contact champion. I challenged anyone to a no holds barred contest. This was circulated around N.Z. in the Sunday Times, there were no takers.

1980 : In the next ten years I spent much time building up my base and 16 dojos. With a few tournaments, gradings and overseas trips mainly to the Pacific Islands and Australia.

1977-1987 : This man had a big influence on my martial art karate psychology. From this point Vern Winitana, Andy Ihaka, Charles Mareikura and I attended Kata seminars, (not my strong point). We had many a gruelling session, stretching and practising kata. Empi, Basai Da, Basai Sho, Tekki 1,2,3, both in New York and New Zealand.

1978 : I took Master Hamilton on a tour of New Zealand visiting Charles Mareikura in Ohakune. His people treated us to a full cultural show. Magnificent. On to Ngaruawahia to our host Peter Moanaroa and the honour of sitting by Queen Te Atarangi Kahu. Master Fred hosted a seminar in that area. Mostly Kyokushinkai with Robin Begbie.

Later in 1987 through Master Hamilton we had the privilege of training under Toyotaro Miyasaki inviting him to the Hutt Valley and Porirua. Toyotaro is an 8th Dan Black Belt. An expert in kata and weaponry, mainly the Bo.

1990 : I returned to professional wrestling touring with the WWF in New Zealand, and later doing my own promotional known as “The Rock and Wrestling Show.”

1992 : I defeated all comers in an inaugural Sumo contest held in Lower Hutt. This promotion was known as “The Kings of the Ring.” I’ve since travelled with various N.Z. teams to Japan to compete in the World Championships. Because of retinal detachments to my eyes my competitive days came to an end in 1994.

1994 : I am the current Oceania Sumo Federation Vice President. This is a title accorded to me by the International Sumo Federation in Japan and involves N.Z. Tonga, Fiji, and Australia.

1999-2000 : Much energy has gone into building up my training base to educate non-achieving youth. He Toa Community & Sport Development is currently accredited with NZQA to teach units under contract to Skill NZ. I travel to Thailand regularly with young enthusiasts to study their authentic training methods.

Personal Education : My first twenty years of employment was as a slaughterman at various meat works around N.Z. Petone, Ngauranga and Ocean Beach and Long Burn. In 1981 this sort of employment became redundant. To stay up with the play I decided to upskill myself and spent the last four years studying part time with Massey University, achieving Bachelor of Education in May 2001.

My life has revolved around a passion for martial arts. I would gladly live this lifestyle over again meeting a lot of great people with strong personalities, but humble individuals. Where to from here? I still enjoy teaching at my dojo, Professional Wrestling, Muay Thai Kick Boxing and Self Defence, occasionally popping in on old martial arts friends and reminiscing about the good old days, and how today’s youth are spoilt compared to our day etc. (You know the score). Those were the days. “Oh yes, oh no, not me, I did it my way.” There are many occasions, seminars etc. not mentioned that someone will raise here and there but what the hell, I’m enjoying martial arts still, and have goals to achieve yet.

I would like to acknowledge the following people who have passed on :

Master Frederick Hamilton. 7th Dan. A man of great integrity, courage and a passion for helping the oppressed and disadvantaged.

Charlie (Marama Stirling) my cousin. 4th Dan Japan graded. He was a true warrior who drove himself hard. Well respected in the International Judo scene.

Tom Hodgeman : Budokan. A man of great courage and integrity who also drove himself hard. A quick tempered but loyal friend.

At the 2002 Awards, Martin will be inducted into the New Zealand, Australasian and World Karate Union Halls of Fame.