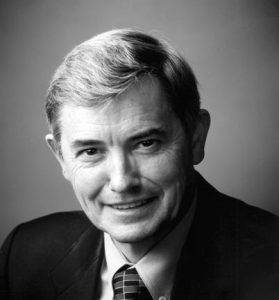 Doug Holloway is known as “the father of N.Z. Kyokushin”. He is a major part of the Kyokushin heritage and all those in N.Z. Kyokushin today can trace their heritage back through their Instructors to Doug Holloway and through him to the late Masutatsu Oyama. Doug originally took up Judo in 1961 in Invercargill but developed an interest in karate from studying karate books. He began to correspond with Mas Oyama who in 1964 invited him to Japan for the purpose of intensive training. At the end of this time he was graded to Shodan and awarded a Kyokushin trophy.

After returning to New Zealand, Doug began to build the Kyokushin organisation. Because of his efforts he became the official N.Z. Branch Chief and was awarded his Ni Dan ranking by Oyama. He then founded the Kanku Karate Assn. which became an official branch of the worldwide Oyama Karate School. In 1967 he organised and held the first National Kyokushin Championships and that year became one of the youngest 3rd Dans in the world at age 22, when he was promoted by Oyama Sosai to San Dan. On a return visit to Japan in 1968 Doug Hollway was honoured as being one of the few foreigners to have instructed at Tokyo Honbu.

After a serious car accident in 1973, politics crept in and a breakaway faction in Kyokushin began to emerge. He decided to focus on his career and personal life. Moving to Wellington in 1980, he opened his own law practice and over the years has continued to train on a personal level and has kept in touch with attendances at various Kyokushin events. In later years as the political upheaval began to subside and with Kyokushin back on its feet, Sensei (as he was then) became keen to foster firmer ties and became the offical adviser to Shihan Kevin Pepperell and the N.Z. Kai Kan. In May 1996 he became a Yon Dan and in the year 2000 he was inducted into the New Zealand Martial Arts Hall of Fame.

Shihan Holloway is one of the best known Martial artists in New Zealand. He is known as a person who can be approached in support of the wider Martial arts community.

At this year’s AMAHOF ceremony, Doug was inducted Into the Australasian and World Karate Martial Arts Hall of Fame.