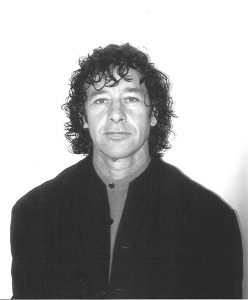 Inducted into the A.M.A.H.O.F.(Inc) for 2001
ESKRIMA MARTIAL ARTIST OF THE YEAR

Inducted into the W.K.U.H.O.F. for 2001
ESKRIMA MARTIAL ARTIST OF THE YEAR

Â Maestro Gregory Alexander Henderson, although born in Scotland in 1955, he was raised by his Grandparents from a baby in Otara, South Auckland, New Zealand.Â  Being quite small for his age and also talking differently than the other kids in the area Greg was a target for local bullies.Â  He was always getting into fights, so at age nine on his birthday he was taken out back of the house for his first martial art lesson, his first Instructor was his Grandfather, Grand Master Alexander Henderson, who trained him in the Moslem style of Arna Eskrima.Â  Training was every night for 2 to 3 hours except Sunday’s when training went sometimes up to 5 hours.Â  Although training was quite brutal Greg fell in love with eskrima and soon had the confidences to stay out of fights.Â  He stuck to his training and achieved the rank of Eskrimador

Maestro shortly before his Grandfather’s death in 1973.Â  After the death of his grandfather Greg joined the NZ Army.

In 1980 on a visit to the South Island of NZ Master Henderson had a bad knee and ankle injury that kept him out of tournaments for the next 7 years but this did not stop his training or teaching. In 1985 Master Henderson was voted President of the NZ Eskrima, Kali, Arnis Federation, this position he held until 1992. In 1987 he won the first NZ Eskrima kali Arnis full contact open stick-fighting championship taking out 1st place lightweight division and 1st place open weight division which he then repeated in 1988 and 1989.Â  To prove that eskrima could hold its own in any type of martial arts tournament Master Henderson entered the 1988 NZ South Island open Karate championship winning and becoming the Grand champion, and again repeating this in the 1989 NZ South Island open Karate championship.

In 1987 Master Henderson was invited to the Philippines by the National Arnis, Kali, Eskrima association of the Philippines (NARAHIL) and the Doce Pares group to be part of the setting up of a world championship and to also train with the Filipino Grand Masters in their own styles.Â  GM Eugio Canete, then the Doce Pares President, accepted Master Henderson as the only Westerner to ever become his student.

In 1987 he was appointed Commissioner for NZ by NARAHIL and was awarded an international martial arts referee/judge certification. In 1989 and 1991 he was Captain and Coach of the NZ Full contact stick-fighting team and in 1989 at World Eskrima Kali Arnis Federation, 1st World stick-fighting championship he was placed 2nd in the welterweight division.
Master Henderson’s love for any type of martial art tournament had him then enter the 1989 Visayas Full-Contact Martial Arts Federation (Filipino kick boxing) taking out winning the Philippine welterweight champion.

Has lectured in Schools and Universities, conducted seminars and workshops in Australia, New Zealand, Singapore, Philippines, Britain and the USA.

Has been a personal security consultant, bodyguard, and cooler/doorman, full contact open martial arts champion and is one of the only Westerners to be recognised as a Master in the Philippines.

In 1989, NARAHIL Award of Appreciation in recognition of extreme devotion to and dedication in the promotion and propagation of the Filipino martial arts.

Since moving to Perth in 1995 and the setting up the first Australia Diamondback Eskrima International school, Master Henderson has been slowly training up new eskrima black belt instructors, so they are able to also help in the propagation and promotion of eskrima both here in Australia and New Zealand.

At present he has two students in Dunedin NZ, who both hold the rank of 5th degree black belt master instructors (Maestro Daniel Brown and Maestro Lee Mackie) who both run the NZ schools. Master Henderson has now four 1st degree black belt Instructors (Glen Fellow, Jason Mackie, Ken McLeod and Clayton Crammer) trained by Glen while living in Perth. With more students achieving black belt instructors hopefully within the next 6 months.Â  Apart from his visits back to NZ to conduct seminars/workshops be has run seminars,/workshops here in Perth along with public demonstrations so people can see the confidence, beauty and harmony that martial arts gives to the practitioner. Master Henderson’s next step is the setting up of seminars and classes in the rural areas of WA as there has already been interest shown to him there.

Eskrima keeps you young in the heart and body, it is so much fun says Mrs Ivy Franks who is now 86 years young and is one of his favourite students.Â  Martial arts teaches that you can do anything if you put your mind to it.

Instructors and styles Master Henderson has had the privilege to train with: