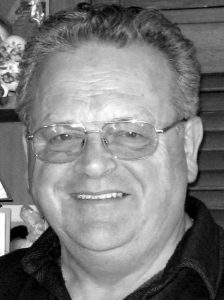 Inducted into the A.M.A.H.O.F.(Inc) for 1999
PROFESSIONAL COACH OF THE YEAR: KARATE

Inducted into the W.K.U.H.O.F. for 1999
PROFESSIONAL COACH OF THE YEAR: KARATE

Sensei Les Elliott was born in the U.K and migrated with his family to Sydney in the mid sixties. Karate was an interest of his for many years, but had to be sandwiched between the demands of raising a family and running a business. In 1990 his family decided to make a complete change of direction in their lives and move to Tasmania. He lives at Glenfern, about 50 minutes drive from Hobart, on the Westerly side of Mount Wellington in a valley surrounded by native forest. They built their home themselves from scratch moving in when it was nothing but four walls and a roof, and after 4 years it is almost finished.

It’s a great place to live, the peace and quiet is incredible, there are no near neighbours and home is a perfect retreat from the demands of his club and coaching commitment. His leisure time is divided between the house building, his hobby of leather carving and the occasional fly fishing trip, music also plays a big part in his life, from 60’s Rock to Classical and light opera. He also enjoys playing host to the many “mainland” visitors that they get and never tire of showing off their wonderful island.

Always an involved and competitive sportsman, Sensei Les Elliott did not discover Karate until his early 30’s.

Sensei says, “Karate was the sport that I had unknowingly been looking for. From the first class I realised that Karate could give me a sense of fulfilment that I had not found in other sports. I have never lost that feeling “.

Sensei Elliott was extremely motivated, and trained 6 to 8 times a week. For several years his life revolved around the Dojo. This hard work paid off and he attained his Black Belt in the Goshin system, going on to become one of the senior instructors in the style.

In 1990 Sensei made the decision to change direction and devote his time to Karate totally. This led to a new lifestyle and a move from Sydney to Tasmania, where he opened a dojo. Sensei was now able to devote more time to his art, and realised that there were aspects of Karate that his style had not touched on.

Goshin’s main club was at this time going through a turbulent period with many changes being made, and was evolving in a new direction that was in direct conflict to his beliefs. Sensei Elliott then made the difficult decision to break away from Goshin, and with the support of senior students continued on as an independent club.

“Toshi-Ryu” means “Fighting Spirit”. This name was chosen by the students as an indication of the unity within the club.

Sensei then undertook a search for a style which would fulfil his expectations, and which would provide an ongoing source of learning for himself and his students. Hayashi-Ha Shito Ryu Kai Karate-Do of Japan met the high standards that Sensei was seeking, and the club now follows its teachings.

In his role as a official with the Australian Karate Federation, Sensei is very active in development of karate nationally as well as his own State. He is accredited as a national judge with the Australian Karate Federation, and is Tasmania’s only level Two Karate Coach. In his spare time, he is coach of the Tasmanian State Karate Team and President of the Tasmania Martial Arts Council.
Sensei achieved his 3rd Dan in 1998 and is continuing to work towards higher levels. However, he does not see this as his highest priority. He says “It is very hard to teach and train for higher dan ratings. My main goals are now in seeing the triumphs and successes of my students.

If they are meant to, the higher rankings will come with time.”

Sensei Les Elliott is Tasmania’s only full time professional Karate Coach. His accreditation with the Australian Karate Federation, Institute of Sport (Canberra), and the Australian Coaching Council (Canberra) make him one of the most highly qualified instructors in the State.

Sensei Les Elliott’s Personal Profile shows some of his attributes: