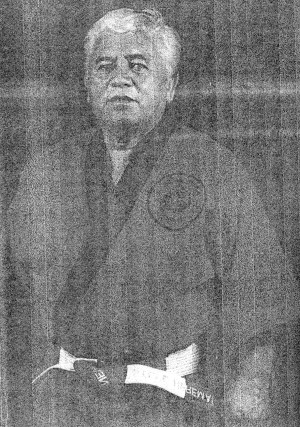 INSTRUCTOR OF THE YEAR: JIU JITSU

Professor Steve Heremaia was born in Patea in the North Island on 1st February 1940 and is now the highest ranking Maori in New Zealand. His martial arts career commenced back in 1957 practising judo in Hawera, South Taranaki under Sensei Ken Greenwood. Later, in 1960, Professor Heremaia founded his own club in a town called Waverly in New Zealand.

In later years he was to switch from judo to jujitsu. Although reluctant at first, even critical, Professor Heremaia feels it was the best career move ever made. After lengthy discussions with jujitsu Instructor Laurie Oliver, he became convinced that this style of martial arts was for him, and in 1968 he opened his first jujitsu club called Rongo School of jujitsu Association and joining the new New Zealand jujitsu Association. Between 1970 and 1976 there were to be more clubs opened in New Zealand.

In 1977, Professor Heremaia received his first degree black belt from the New Zealand jujitsu Association, Black Belt Technical Council and then continued on to establish his own organisation. The N.Z. Black Dragon Jiu Jitsu Academy and Waitemata Jiu Jitsu and Sports Fitness Centre. By 1981 a further 13 new Auckland clubs were added to his organisation.

In 1984, Professor Heremaia, as New Zealand director of the World Council of Jiu Jitsu, took his team to the world championships in Canada, where he established solid connections with the legendary Grand Master Professor Wally Jay, a 10th degree black belt.

1997 also sees the celebration of forty years in the martial arts for Professor Heremaia. During this time he has been honoured many times, but his greatest honour he believes, is that of being graded by the legendary Professor Wally Jay, 10th Dan, one of the legends of the martial arts world.