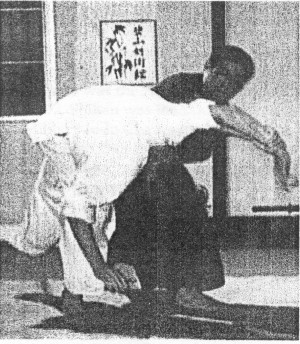 MAN OF THE YEAR : JUJITSU

Sensei Yokota was born in Sapporo, Japan in 1965. His father was a judo instructor in Japan and he is currently ranked 6th degree black belt. At the age of 15, Sensei Yokota commenced training in Chinese martial arts as a private student with Master Xu. His association with Master Xu continued for the next few years.

Sensei Yokota’s martial arts skills expanded to the art of jujitsu and in 1987 he became a live-in student (Uchideshi) of Sensei Nakayama Kimiyoshi who was instructing in Yoshin-ryu Koryu jujitsu. His hard training and dedication continued over the next three years. In 1988 Sensei Yokota received his 1st Dan certificate and finally obtaining his master certificate (5th Dan) prior to him coming to Australia in 1992.

Once in Australia, Sensei Yokota continued with his training of jiuÂ­jitsu, and in 1995 he commenced teaching Yoshin-ryu jujitsu at Aoyama Koryu Bujutsukan. He has since established a branch in Wellington, New Zealand.