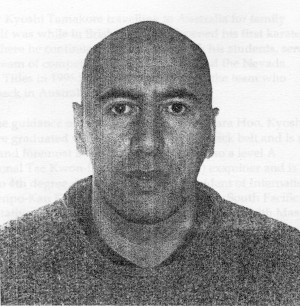 INSTRUCTOR OF THE YEAR:ZEN DO KAI, NEW ZEALAND

Shihan Tier was born in 1961 in Thames, New Zealand, and although he was always interested in martial arts as a young child he did not commence his Tae Kwon Do training until 1975 under the tuition of Mr Willie Lim, who now resides in the U.S.A. Years later, Shihan Tier was to leave Tae Kwon do, due to other sport commitments.

However, his love of martial arts returned to him and between the years 1978 and 1982 he took up training again, in Judo, Kung Fu and jujitsu. It was not until 1984 that Shihan Tier found a style that suited him, which was to be Zen Do Kai Freestyle Martial Arts through the Bob Jones Corporation.

Although Zen Do Kai was still in its infant stages in New Zealand at that time, having just come from Australia, Shihan Tier’s hard training paid off with him successfully obtaining his black belt in 1985. He also took over the club, after the promotion of his instructors and was to open other clubs in New Zealand, Australia and England over the next few years. In 1996 Shihan Tier received his 5th Dan black belt through Zen Do Kai.

The late 80’s saw Shihan Tier commence training in the art of Balintawak Arnis by Grand Master Bobby Taboada, who resides in the U.S.A. and then in the early 90’s he became a Muay Thai and kickboxer trainer/ promoter. Over the next couple of years he successfully promoted a number of kickboxing shows around the country, introducing, in one area, the first female kickboxing match.

In 1993, due to his freestyle attitude and to compliment the hard side of training, Shihan Tier joined and trained in the Taoist style of Tai Chi which was formed in 1970 by Mr Lin Shin.

He now feels he has the ability to pick up any weapon and show proficient use. It is because of this that in 1996 he became a qualified baton instructor for the New Zealand Police and he regularly instructs them on the baton and unarmed self-defense. He has also just recently introduced and implemented a self-defence curriculum for schools.

His next goal, to further his quenching for multi-training and knowledge, is to complete a degree in natural therapies, which he feels will compliment the physical side of the art.