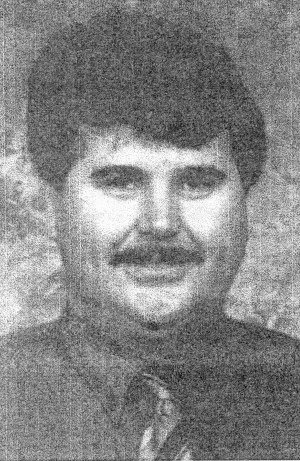 MOST OUTSTANDING CONTRIBUTION OF A NON-MARTIAL ARTIST

Paul Brogan was born 20th March 1960 in Broken Hill. He lived there most of his life on and off. In that time he worked as a Roustabout, Miner. – ran his own business & played drums in his own band. In December 1985 he met his partner Wendy and they have two children, Seth, now 11 and Hagan, 8 years old. In 1989 he packed up his family and moved to Townsville. There he worked at the Copper Refinery doing various types of accounting & computer programming which has now led him to have his own business once again.

Through his sons learning Karate Do at Seibukan Dojo he has beÂ­come very involved with Martial Arts. He has been right there with Shihan Brian Gallon and his wife Pat acting as computer consultant with all the preparations needed for the Hall of Fame directory, posters, seminar certificates, and many, many other requirements. Paul is also very actively involved in the Australasian Martial Arts Encylopaedia, and other Martial Arts orientated projects, again spending many hours on the computer producing the required letÂ­ters, data bases etc. Making all of this possible for the Hall of Fame has led him to being inducted for his contribution as a non Martial Artist. Martial Arts has always interested Paul and has helped in his getting so deeply involved.