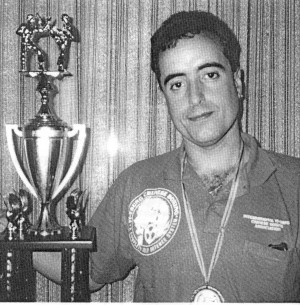 MAN OF THE YEAR: KICKBOXING

Sijo Gomes has had over 21 years experience in martial arts, studying many martial arts during this period and obtaining Dans in various styles. He holds self-defence instructor certificates in some styles also.

The title “Sijo” is a prestigious Chinese master’s title, which is recognised and registered with the “Cloud Forest World Chinese Martial Arts Association” in which Sijo Gomes is a lifetime member.

He is the founder, chief instructor and master of Lung Sik Kuen Fung-Fu, having a sincere belief that his system emphasises training in neo-traditional karate, Ju-Jitsu, Muay Thai,

Some of the attributes Sijo Gomes has include:

Honored with a police and security commendation for bravery in assisting a police officer subdue a felon.