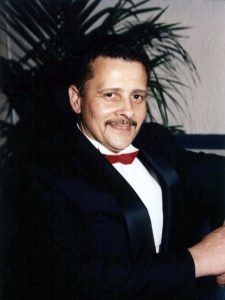 INSTRUCTOR OF THE YEAR: KARATE-DO

Shihan Pollet first became involved in martial arts in South Africa at the young age of 8 years old. His first involvement with martial arts was with the styles of judo, boxing and karate.

Martial arts in general became a serious future for Shihan Pollet when he arrived in Australia in 1971 where, over the next few years he was to train in karate (various styles), Okinawan Kobudo, Koshiki and kyusho Jutsu.

After years of training, Shihan Pollet established Pollet’s Karate Academy in Orange some 23 years ago, receiving an important recognition by the World Karate Do University and the International Teachers Association and the International Society of Okinawan Karate. He feels this recognition by these organisations is important believing that karate is dangerous in the wrong hands, therefore instructors should be who they claim to be.

He is currently deemed to be the longest martial arts teacher in the central west. His current rank is that of 6th Dan black belt and his karate academy continues to flourish and produce champions, as he was himself in his young years.