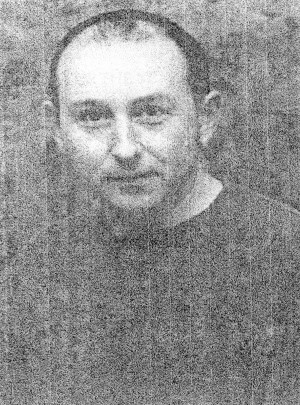 KARATE INSTRUCTOR OF THE YEAR FOR NEW ZEALAND.

Sensei Garry Luton was born in England and started training in 1967, beginning with Judo. This was at the Tillings and Stevens Judo Club under the guidance of Sensei Dave Bishop. During this time he was the junior Club Champion in 1968 and runner up in 1969.

Sensei Luton then began boxing in 1970 at the Westree Boxing Club in the U.K. until 1973, when he discovered, what was to be his martial arts future, karate training, under the guidance of Sensei Geoff Britten and the infamous Sensei Steve Davis, under the style – of WADO-RYU. During the next few years of training and tournaments Sensei Luton went on to win the Kenbukai Association Championship in 1977. In 1978 Sensei Luton changed over to full contact tournaments, with his first five bouts undefeated.

In 1980 Sensei Luton immigrated to New Zealand and started up the first active Wado-Ryu Karate Club in N.Z. Wishing to concentrate entirely on coaching and teaching students. Sensei Luton retired almost completely from competition, and in fact, over the following 17 years he coached junior and senior competitors to regional, national and international honours.

In 1987, along with Sensei’s Geoff Britten and Steve Davis, Sensei Luton was instrumental in setting up and forming MOD-KA International. He also assisted in the formation of the N.Z. National Karate Federation (N.K.F) and later helped in the revamped U.N.Z.K.O. where he held a position on the executive committee.

Sensei Luton brilliantly coached the N.Z. team to its first success at the Oceania Championships held in Tahiti in 1991. Since 1992

Sensei Luton has hosted the National All Styles N.Z. WAKO Style Championships and was the first person to introduce the WAKO style of competition to N.Z. In 1995 he sent the first N.Z. Team to the WAKO World Championships in Stuttgart, Germany.