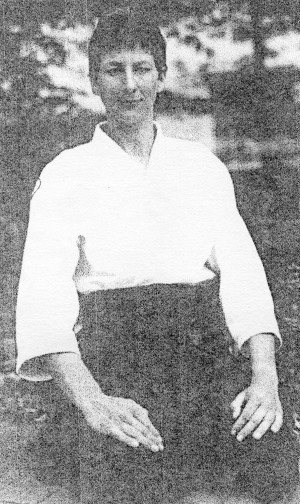 AIKIDO INSTRUCTOR OF THE YEAR

Sensei Schnell was born in Perth W.A. on 29th November 1959. Her martial arts career commenced with the study of Aikido between 1982 -1984 at the London Aikido Club with Sensei Andy Hathaway.

In 1984 she came back to Australia and continued to train and study at the Aikido Shudokan (Yoshinkan style) with Sensei Joe Thambu, obtaining her 1st Dan black belt in 1986. Between 1990 and 1996 Sensei SchneIl studied and instructed with Shonan Aikido Renmei Japan/Aust. In 1993 she travelled to Japan and trained under the founder and chief instructor of Aikido Kenkyu-Kai International (formerly Shonan Aikido Renrnei), Shihan Yoshinobu Takeda.

In December 1993, she also presented a self-defence seminar in Japan, which was supported and endorsed by the City of Kamakura and the Australian High Commission as part of the “Celebrate Australia” activities.

Since 1986 Sensei Schnell has been a Women’s Self Defence Consultant/ Instructor for the Government, police, schools, community organisations, women’s services and advocacy groups teaching personal safety and self defence courses, seminars and workshops to women and girls. She also conducts special programs for males in schools and other special needs groups. This work also involves networking and developing professional links with other Instructors and workers in this field. As a member of the Martial Arts Board, Sensei Schnell convened a working party and presented a report on standards for self-defence programs for women.

Sensei Schnell has conducted five Personal Safety and Self Defence Seminars in our neighbouring country, Papua New Guinea since May 1992. These Seminars were for the personnel of some large international companies.

Currently Sensei Schnell teaches Aikido at a dojo in Melbourne and managers her own business as a full-time self-defence instructor. She specialises in programs for child protection and conducts a large number of courses for women in the retail sector through the Shop Assistants Union in Victoria. Her programs and courses are presented throughout metropolitan Melbourne and regional Victoria.